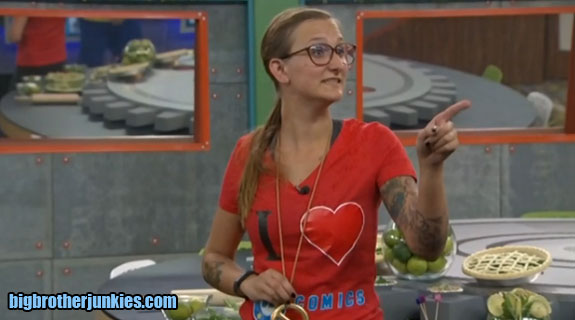 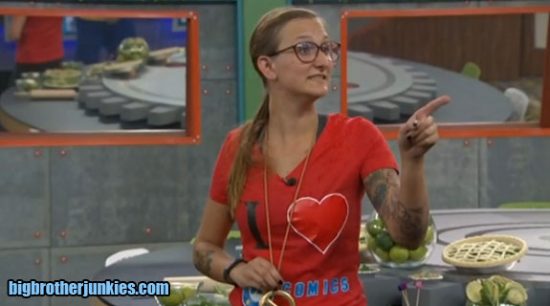 Note – I just read a comment on the site that should be highlighted.  Golf is/was on CBS today and had a rain delay.  Be sure to check CBS around 8pm to see if there is a delay in programming for tonight.

Every morning around 7am, my cat paws at my face for me to wake up and feed him. This week, I am going to try my hardest to stay up, do my morning routine and then recap the night before.  This house is full of night owls, and that’s especially bad considering they’re 3 hours behind me.  On the bright side, if I wake up early enough, I may be able to live blog some of their overnight action.  I typically have a million things to do after I wake up, so this is the earliest I could write today (1pm est) – not good.  You guys count on this site for updates, and sleep be damned I’m going to provide them. I hope.

(note, this is not a guarantee, but at least I wrote it down so all of you can hold me accountable)

I also decided any donations I receive from here until the end of the season will go toward a family gift to my (future) wife and step-daughter. They get frustrated I’m constantly watching feeds, but it is what it is.  I’d like to surprise them with an xbox, but I know that’s a lot. We’ll see how it goes by the end of the season and I’ll post what I got them (if I receive anything at all. I’ve already received quite a few tips, and I’m extremely grateful for that. I just wish I thought of this at the beginning of the season).

To donate to my family gift – Click here send anything here!   Thanks in advance! And again, thanks to everyone who has already sent in stuff.  I love you guys!

Oh, I just realized the first two paragraphs were all about me.  Quick recap of yesterday consisted of the ‘Be Right Back’ message all day.  The veto competition was the timed long one where each member went on their own and compared times at the end. Feeds came up shortly before I went to bed, and Christine won. Early word is she doesn’t intend to use the PoV (not a shock), so Frankie will likely remain in the house this week… however, will Zach?