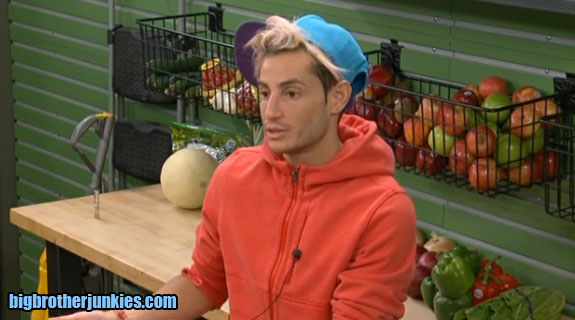 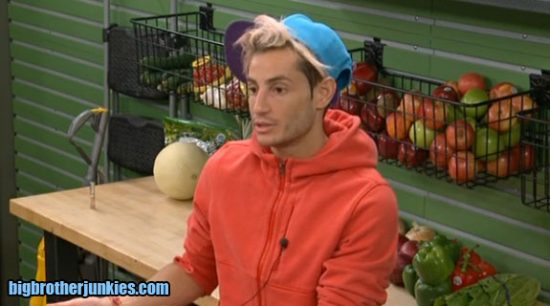 The weirdest part about this season – We’ve seen two last minute scrambles, one with Zach and one now with Donny.  However, both of the times, the person nominated wasn’t doing the scrambling.  Donny did approach Derrick last night and asked why he would be going home, but other than that it’s been Frankie leading the keep-Donny campaign, and it’s still going on this afternoon.

Let me jump right in…

Feeds down, that was a wild afternoon.  Live eviction thread in an hour or two.