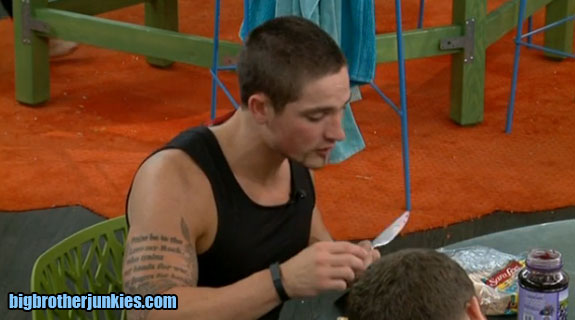 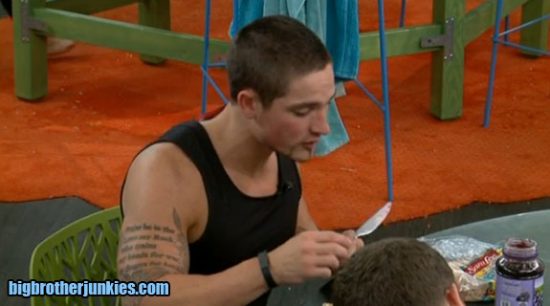 And then there were 5.

The get-along-gang is settling in after their second double eviction of the season, and it followed the theme of the season.. predictability and more women walking out the door.  The season has become so predictable, I said Frankie was going to win the PoV as soon as I saw the challenge.

Anyway, I’ll recap all of it later but for now I’ll do some updates on the feeds before they head to HoH comp…

Check back for more updates…