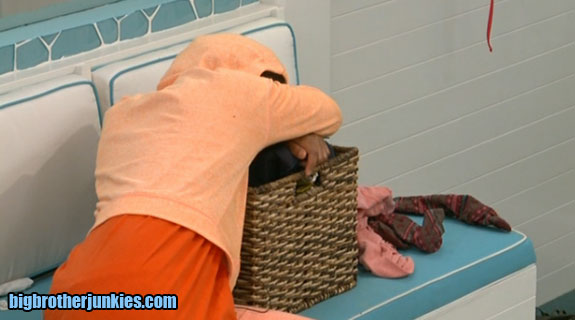 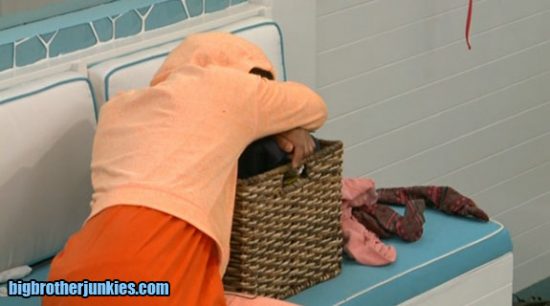 It’s been that type of week

My girlfriend bought tickets for us to see Nick Swardson, except when she did, she forgot to check the day of the show. It is for a Thursday night, and not any Thursday night, but this Thursday night. Why is this Thursday night so important?  Well, every eviction night is important in the Big Brother house, but this has the potential to set up for a pretty epic endurance challenge – should they do it.  If and when Zach is eliminated, Frankie is going to fully realize he isn’t as secure in the house as he thought, and the dynamics of the alliances may shift. Granted, that is probably more wishful thinking than anything else, but if I can’t convince myself, how am I supposed to convince readers?

The house hasn’t had an endurance challenge since the taped competition for the 2-night premiere, and from what I hear, that was a pretty weak challenge. I’m pretty sure I heard Caleb talking about that competition when referring to endurance challenges. He wasn’t even sure he’d consider it one because I guess it was only 15 minutes long or something. Five evictions later, we’ve yet to have another and I’m not even sure we’ll have one this week. Why is an endurance challenge so important?  It’s one of the rare competitions in the game where anyone can win depending on how bad they want it.  They don’t have to putt a ball through a pinball machine and get lucky where it lands.  An endurance competition is one of the most memorable moments in Big Brother history when Dick Donato was up there for hours.

My point is, if I miss the show for an HoH competition that has no drama or excitement, I’m going to be sad! There, I had to get that out.

Edit: I just found out this week is a double eviction week. I feel like I should have known that sooner, but I missed the memo. It’s not endurance, but live eviction shows are usually good to watch, so I’ll take it.

Ok, on to the live feed highlights: