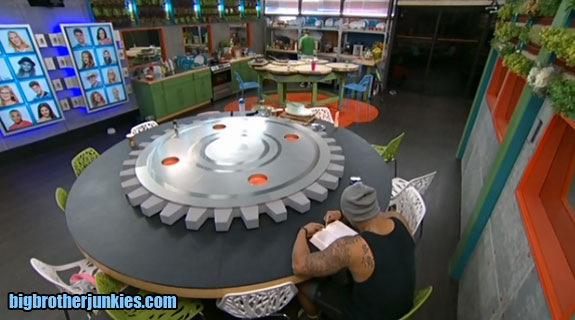 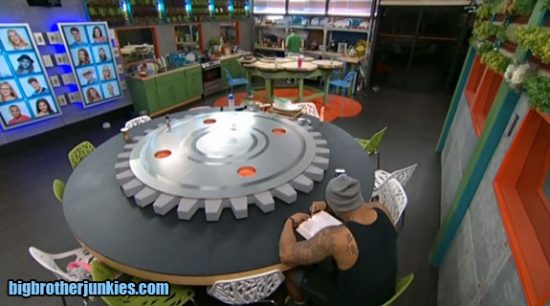 Devin sitting with his remaining allies

I am going to squash any conspiracy theories right off the bat.  Someone joked about there being a lot of Devin chips inside the PoV bag (increase his chance of playing), but former winner Ian Terry said all the chips are removed and counted right there in the living room before putting them in the bag. Side note – I think future seasons should have side challenges which reward players chips with their name on it. They are able to put it in any PoV bag to increase their chance of playing (assuming they feel at risk and want to complete – like Devin this week).

So with that out of the way, here are the veto competitors this week:

This should be as close to a ‘gimme’ as possible with Devin. He’s basically playing against 4 people, and if the competition is physical at all, that removes another two (Donny and Christine).  Really, this competition could be down to Caleb versus Devin, and that’s really a coin flip. I wouldn’t be at all surprised to see the feeds return with the PoV necklace around either of those two players.

Check back for more updates…