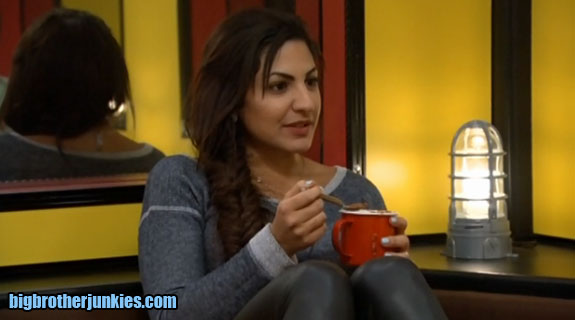 Big Brother 16 – What A Wacky House 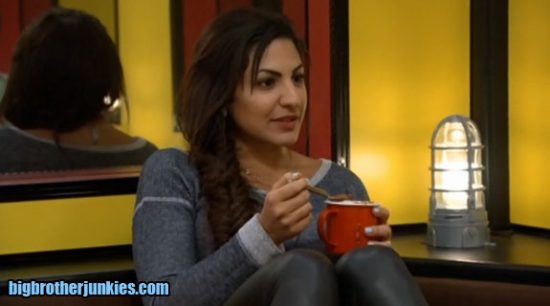 I’m sure many of you are now returning home from your weekend away and wondering what has been up in the Big Brother house. Well, I’ll give you a little recap considering I was home all weekend watching the feeds (I lead a boring life).  If you have been following along, skip the next paragraph.

As you watched on CBS, Devin and Amber won the HoH.  Devin nominated Paola and Brittany, and Devin also nominated Nicole and Hayden (oops, I mean Amber did.. with the help of Devin pushing it). Despite nominating a very weak Paola, Devin did not want to take any chances, so he pulled her aside and promised her safety if she threw the battle of the block competition. The big mastermind plan of getting Brittany out was well underway, and looked like almost a done deal with Paola indeed threw the competition and kept the pair on the block.  Devin then won the PoV, so you could pretty much start packing Brittany’s bags because all the chips fell right into place.  Then last night hit….

Drunk with power, Devin pulled Brittany into the HoH room and had a long talk with her.  And by long, I mean LONG.  It went on forever. At no point in the conversation did Brittany look like she actually wanted to be there, yet by the end of the conversation, the pair had a deal to take Brittany off and protect each other until at least jury house.  Wait, what?

I understand there is Twilight Zone marathon that happens during the 4th of July, but I wasn’t expected it to be carried over into the Big Brother house.  Devin had his sights on Brittany even before Joey was walking out the door, and had it all lined up perfectly for it to happen, yet now she may stay until at least jury?  Wow, what a turnaround.  I don’t know who to credit for this. Brittany’s gameplay, or Devin’s bipolar. Again, this is still Devin we’re talking about, and the PoV meeting has yet to actually happen, so there is always a possibility he may end up pulling Paola off the block and trying to nominate himself.  You just never know with him, and that’s what is making the rest of the house terrified.

Whenever you see a group of people sitting around talking about game related issues, you can bet Devin will be the #1 topic of conversation.  Nobody knows what to make of him, nobody knows where his head is at, and most of the people are quite intimidated by him. The best part, he’s guaranteed to be in the house until at least the 17th.

When Brittany was done using jedi mind tricks on Devin, Victoria was summoned to the HoH room to explain why she was put on slop. Apparently Devin feels she is too entitled in life, and basically wanted to punish her for that.  Devin buddy, your daughter is outside the house, and her name isn’t Victoria. There is no need to try and correct Victoria’s entitled behavior. That’s not your job.

It’s really been pretty weird in the house, and I expect it to get worse after the PoV meeting when we find out what Devin actually does.  Zach is preparing to give a speech during it about Devin’s poor behavior, so we’ll wait to see if Zach’s face is buried through a wall when the feeds return.

Anyway, go enjoy your Sunday!  I will update in a little while after people start waking up.