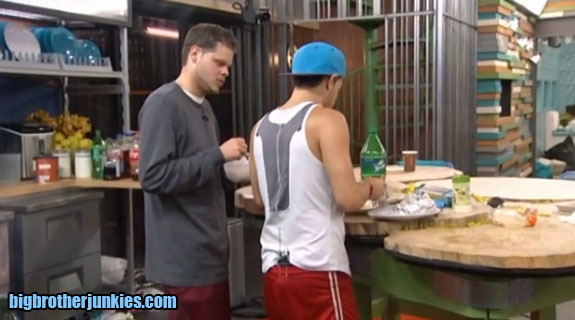 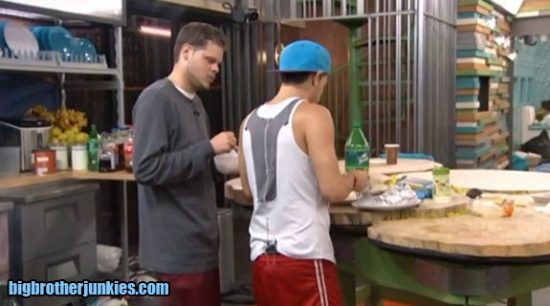 Not much of a recap today because not surprisingly, the house was pretty quiet.  The biggest story comes from the Team America front where Derrick and Frankie are still wondering where their mission is.  It is a pretty good question because BB wasn’t exactly clear what happens if someone from the group gets evicted, and also what happens if the other members of Team America were responsible.  Joey was the first member, but she was evicted before anyone else joined, so I’m not surprised they added 3 new people.. but what now?  Will it be a late mission?  Are they going to act like True Blood writers and just kind of forget about stuff (whatever happened to the group of werepanthers?)

Seeing as the campaigning this season has been non-existent, don’t expect much to happen today unless BB pops something up.  We still have a potential Pandora’s Box, and also TA could be receiving a mission.  There are only a few more weeks to go, and I’m still waiting for the twistiest twists that ever twisted summer.

Here are the updates…