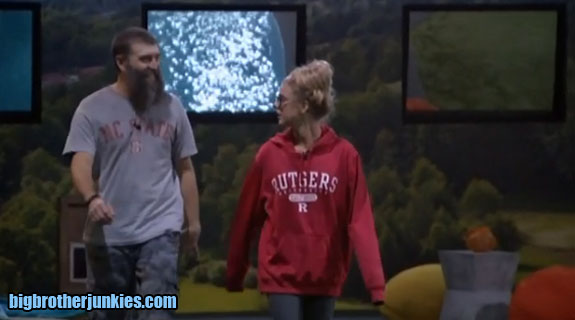 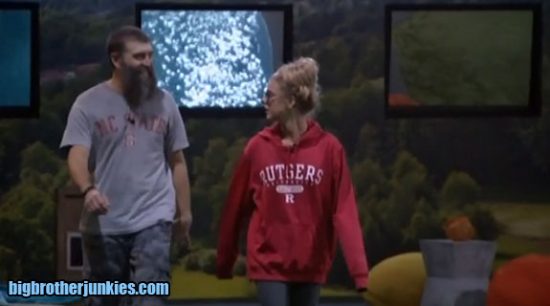 No recap from last night because nothing really happened.  The one thing I’m noticing is that Nicole will probably stay, despite Frankie and Derrick pretending they were going to work on flipping it. I’ve seen Derrick work harder on his tan than keeping Donny this week, so if he is going to make it happen, it has to be today (it won’t).

Note, personal stuff next, skip if uninterested …
I’ve been refraining from talking personal here but I kind of dropped a bomb last week and haven’t spoke much of it since.  I want to sincerely thank everyone for their concern.  It is shocking to see the amount of support I have received and it means the world to me (and my mother).  I have been trying to pretend it’s not real, but she was diagnosed with uterine cancer.  Because of her other health issues, she is still unfortunately waiting for clearance to schedule a surgery date, so we’re all in a holding pattern until the doctors get off their asses.  Again, thank you for your concerns and prayers.  Apologies for going off-topic

Back to the game.  Everyone is still sleeping, so I have some rambling time.  I think I may put up a post later on grading the remaining 8 players games so far this season. I was trying to be clever and create a formula to grade the players based on certain things like comp victories, nominated, saving themselves, etc but I am not smart enough for that. I am going to ask a friend for tips and if I come up with something I’ll post it. Should be fun.

Here are the updates….