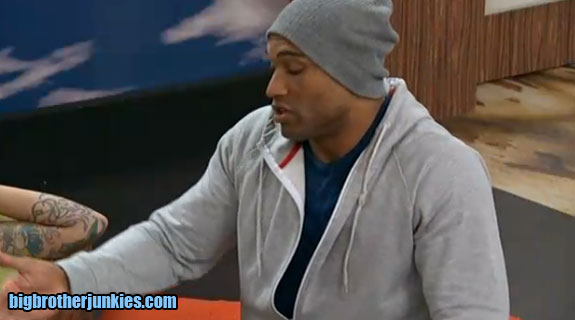 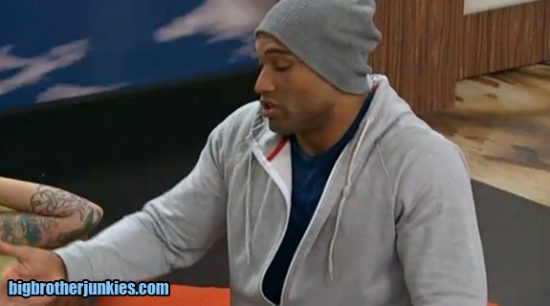 Happy Fourth of July to all my American readers!

Likely due to the holiday, Big Brother decided to speed things up a bit last night, so I was a little surprised to hear nominations had already taken place while I slept, and the feeds were down for the Battle of the Block competition.  At least I hope it was due to the holiday and not a regular thing. I am not sure I can hang with an all-nighter every Thursday night to find out who is nominated and won won the BotB… but if that’s what it takes, I’ll start getting some coffee ready for next week.

First things first, the nominations. If you blinked and missed it, I will tell you who was nominated:

Amber nominated – Hayden and Nicole
Devin nominated – Paola and Fake Mom Britt
(my friend coined the fake mom nickname because there is no way she can look like that with 3 kids! It’s a compliment to her)

Woah, kind of weird move by Amber to put up two random people, right?  Not when you consider Devin basically forced her hand and made these nominations happen this way. He put up a strong and smart competitor versus the real targets (Paola and Britt), to help ensure Britt remains on the block at the end of the competition.  To help secure that, Devin approached Paola cutting a deal to throw the competition in exchange for safety.

I want to chime in and say I almost feel bad for the people in the house, but as of right now, they outnumber the power duo of Caleb and Devin. Right now they’re acting like gazelle who are watching lions pick off their friends (losing their strength in numbers) because they’re waiting for a massive rain storm to hopefully come so they can drown the lion (hmm, my metaphor kind of got carried away).   It’s frustrating to watch, that’s for sure.  If this keeps going, Caleb is just going to run the table and easily win this game.

So, Battle of the Block competition. Like expected, Hayden and Nicole emerged victorious and Amber lost her seat at the cool kids table. Devin has sole HoH power and safety for the rest of the week, and I’m sure that won’t be annoying at all!  Brittany is the main target because she was friends with the girl who briefly attempted to form an all-girl alliance, and she’ll likely be going home because the rest of the house is too scared to vote any way other than what “Calvin” wants (Caleb-Devin).

I will be creating a new thread in a little bit for the live blogging.  Yes, it’s a holiday, but it’s also lousy outside, so what better way to spend it than watch a bunch of gazelle waiting for their turn to be picked off.

Have a good holiday for those of you who are actually doing something today!