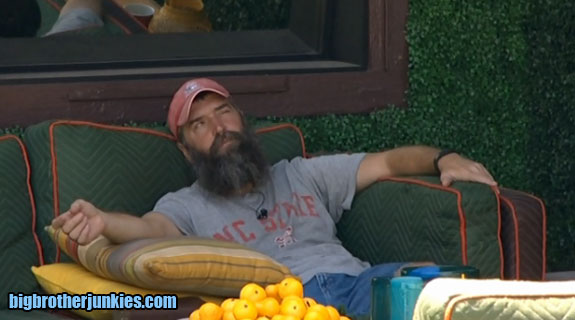 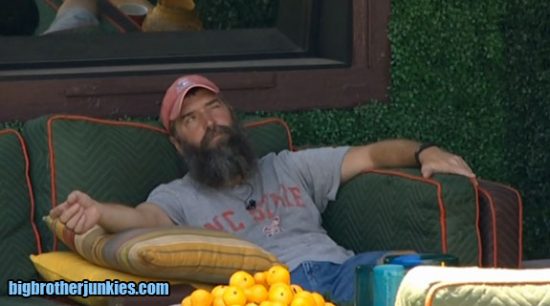 Yes the title is stupid, but it’s the best I can come up with when the cast gives me no material to work with.  You have Donny randomly winking = winking Wednesday.  Maybe tomorrow we’ll have Throw-Up Thursday Live Feeds.

As I pointed out in my previous thread, I don’t expect much to happen on the feeds today, at least not this afternoon. If you’re waiting for exciting news, just keep your phone handy and check facebook or twitter and I will re-update those places if and when anything happens.  On a positive note for me, this downtime allowed me to finish season 6 of True Blood so I can start watching the final season that’s on DVR.  No spoilers, but what a weird show it’s become over the seasons.  At the end of the season 7, we’ll finally see if all the side stories actually have their place, or if they’re just filler.

Speaking of shows, I have had this craving to start a Walking Dead blog, but would there be any interest?  I know there are forums and probably other blogs to discuss the show, but considering I’ve read all the comics and novels (ie the governor’s origin story), maybe I can start talk about each episode, each comic and try to predict where the show is going to go.  Again, just something I’ve been tossing around, but I don’t really know if there is an interest in a site like that.  Thoughts?

See what this slow week has me doing? I’m talking about other shows when people want their big brother spoilers…  Warning, updates will likely come every 30-60 minutes unless anything changes…