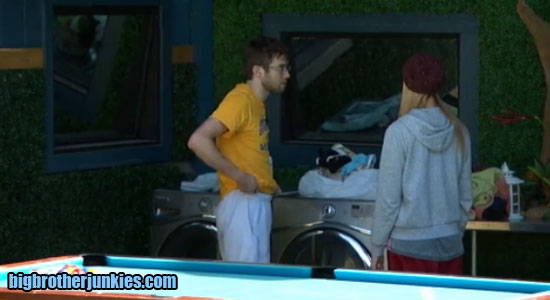 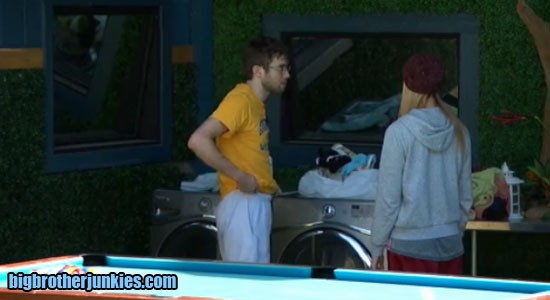 “It’s 6pm est, why is there still no update on round 2?”  Because I’m a slacker who decided to wait until the weekend to begin my reading homework for the week. I was pretty sure they were going to have the competition today and I’ve be able to reveal tonight, but apparently they had the competition last night and I should have had this post hours ago.  My apologizes!

Alright, so the inevitable happened and Steve won round 2 of the HoH competition, which means he will be facing off against Vanessa live Wednesday night to see who wins the final round.

Liz?  She just gets to sit there and look pretty.  Everything is out of her hands now as it’s guaranteed she has no chance of winning the final HoH. Does this mean she’s out of it?  No. In fact, she may be in a good spot for a $50k check come Wednesday night. Both Steve and Vanessa are considering taking her to the final 2 because the other person would be too hard to beat. In fact, if I was in that spot and had to choose between the house, I would probably stand up and say “Look, Austin made it very clear as he was leaving the house that he was going to be a sore loser. I am now forced to take Liz simply to prevent her from voting with her bitter boyfriend. If you want to be upset at anyone for missing out on the final 2, blame the shoeless baby”

Ok, I probably wouldn’t actually say that, but I would think it. Winning competition games like this are hit or miss depending on the jury. Some respect cutthroat moves, some cry about it. Ian won Big Brother 14 because Dan was an absolutely ruthless player who backstabbed his way (brilliantly) to the finals. Rachel nearly lost to Porsche in Big Brother 13 despite winning 4 HoH’s, 1 veto and surviving the massive target on her back since day 1. Porsche basically sat around in sweatpants all summer and did nothing.  A bitter jury can completely screw a person, and it may screw Vanessa this season.

While Steve started doing well toward the end of the season, let’s be real here. If Vanessa is sitting next to him and she loses, it’s because there is a bitter jury.  Vanessa has had complete control over the house and has done some amazing things, like convincing people they should target others, or throw competitions. She convinced Julia to pick Austin in the veto competition, and then managed to convince all 3 of them she was merely doing it as a ‘neutral’ person giving advice.

There may be some issues in the house this week as everyone seems to have a f2 deal with everyone else, so if/when it comes out which deals are the accurate ones, there may be a little drama to cover. I will keep you updated on it, and I will try not to be hours late on the news next time!