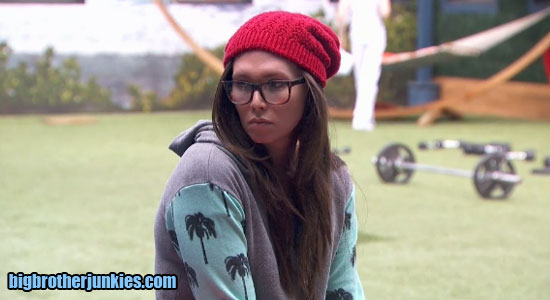 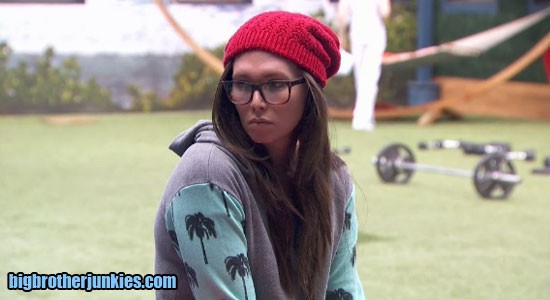 Well, this morning, I started my thread kind of expecting a pretty boring day inside the Big Brother house. Luckily, I was wrong.  The dynamics have been shifting so much that I had to break that thread, and write a recap on the afternoon before starting a night time thread.

Before I begin my rant, let me preface this by saying Audrey has played a horrible game so far. She played way too hard, too fast, and has had her hand in almost everything since the season began.  Even when she was given a second chance in the game, she blew it by constantly worrying about going home to the point of making a self-fulfilling prophecy.

At the start of the Big Brother week (Thursday), Audrey really wasn’t on the radar of Shelli or Liz. Those two winning HoH essentially secured her another week in the house. So, what does a good player do?  Enjoy the week, relax, chill out.  What does Audrey do?  Follow Shelli around worrying about being nominated. This persistent annoyance basically resulted in Shelli just tossing up her hands and agreeing to backdoor Audrey, even though she feels terrible about it. Shelli has tried to protect Audrey through the season, and had quite a difficult time with this, but she basically had to do it – and I don’t blame her.

So, in comes Vanessa with her scheme that she used on Jeff last week. Find something Audrey did/said that contradicted herself, call her on it and make her the ‘bad guy’. The plan was pretty well executed last week that even Jeff’s closest ally understood why he left, so may as well go for it again.

At around 2pm, Audrey, Vanessa, Shelli and Clay were in the HoH when the plan was underway. Vanessa called her out on some things she said, Clay chimed in saying he can’t believe her, and Audrey sat there taking a verbal beating from the two (Shelli was mostly quiet).  After licking her wounds for awhile after, Audrey finally emerged from the HoH to pull James aside and tell him about what’s going on in the house. The alliance, Audrey being part of it, making Jeff look bad, etc, etc. James even seemed to understand considering he’s been nominated a few times with mostly crappy reasons.

James pulled Jackie into the room to tell her about the situation and start a revolution. Unfortunately, Jackie did not really seem very interesting, and basically humored them by saying ‘well, we gotta just win the competitions’. Alright. What about securing the rest of the house?

This is where it gets frustrating. Despite Audrey telling the truth and there being clear evidence of the 5 of them working together, as soon as they left the room, it took Clay about 2 minutes to turn back James. He already had Meg still on his side, and Jason only believed this was some plan to keep nominations the same so he’ll go home. Vanessa then pulled the rest of the floaters to the hot tub to further cement the theory that Audrey is just stirring the pot. They all seemed fine to believe it, and things quieted down. Easy peasy.

This is a pretty key week in the house as the floaters still have some power. While they’re not a strong bunch, they have numbers. However, assuming Audrey goes home this week, and then another floater (let’s say Becky) next week, that leaves the house like this…

Austin, Clay, Shelli, Vanessa, Liz, Julia (she would enter the house after next eviction)

Not only is the first group tighter, they’re also stronger by a large margin.  Once the house gets to this point, you can pretty much expect them to carry the HoH week to week until the floating 6 are out of the house and then they’ll turn on each other.  Even if Audrey goes home this week, if the floating group does not realize they’re lambs to the slaughter, they are absolutely screwed if they let another floater go home for week 5.

Alright, check back in a bit for an evening thread

Update – I got a bit tired during the show. No night blogging tonight. Will post in the morning.