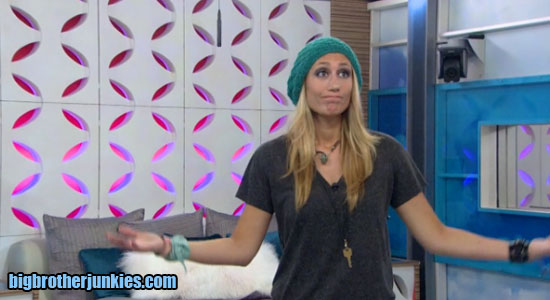 Big Brother 17 – Is Austin The Target? 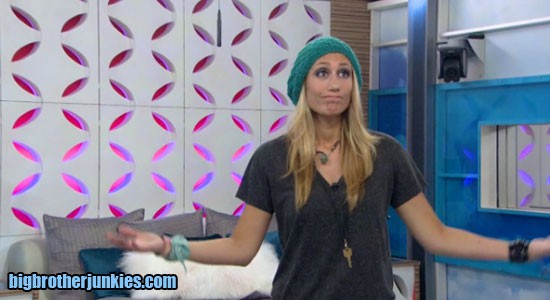 The mistakes just keep piling up for Austin/Judas in the Big Brother 17 house, as he was basically given a chance to redeem himself to Vanessa last night, but failed.

I am still trying to put it all into words, so I’ll just ramble incoherently until this all makes sense.

Alright, Vanessa was running around like a mad woman last night, like she does pretty much every thur night – roughly sat night. She is making sure the plans are all squared away the way she wants them, and this week she doesn’t seem to have a problem with Jackie saying she wanted to get Austin out.  Why?  Because Austin lied to Vanessa, and ‘homey don’t play that’ (if you don’t get that reference, I think I’m getting too old).

Around 10:50pm, the two of them are talking a bit about the Liz situation, and Austin admits he talked to Jason, but doesn’t give full details (like how he said he wouldn’t mind Julia going home). When Austin leaves, Vanessa turns to the camera and with a shocked look says “He just lied to me. I’m loyal, but he lied to me”.

So, my prediction this week is that Vanessa is going to try to get Austin out, but she is going to coach Jackie on how to do it. It is quite smart because she knows both Julia and Liz will be in the jury house if Austin goes home, and Vanessa would rather they be mad at Jackie than her.

Meanwhile, Vanessa also did get a bit chummy with the rest of the house as her new connection to Jackie let her slip in with the floaters when she needs to. While Clay and Shelli have been safe for really no reason, Vanessa is masterfully maintaining relationships with the entire house. This will pay dividends when she is in the final 2 and all of those people are now voting for a winner (see: Derrick BB16).

Even though Austin is expecting Liz to potentially be a target, today could be a pretty busy day, that’s why I wanted to give a brief recap in this thread before starting my live update thread.  The house is already up, so I will probably be starting that shortly.