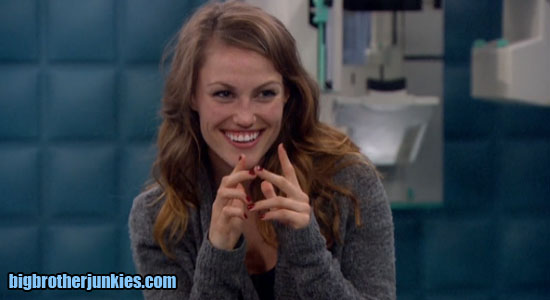 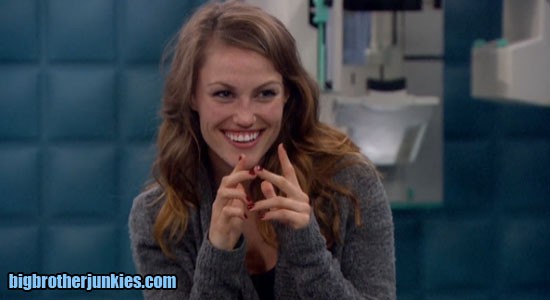 On Thursday night, when Becky was just about to win the HoH, I said this will be a defining moment for her.  Her “shit or get off the pot” week where she chooses a path and lets it be known. She really didn’t have any other options, so she essentially had to choose between being a floater/lackey for Shelli and crew, or stay with the alliance she’s been bonding with.

Well, she has made her choice, and has been absolutely glorious about it. This is not the same Becky who has been a shadow in the house for the first 50 days. This Becky is showing her intelligence, leadership and desire to make her mark in this Big Brother season.  It’s quite impressive, and it is certainly forcing me to get rid of Becky as a verb. While it was fun to describe the plain, boring days as Becky days, I’ll have to think of a new thing for her.

Last night around midnight, Vanessa started to make her rounds and do her thing. She knows she is in trouble, but Becky handled her like a pro and told her whatever she wanted to hear. Needless to say, tomorrow’s PoV meeting could be quite entertaining.

As far as today, I expect a relatively quiet day, so I’m going to sneak off to the beach (maybe, depending on weather). If something happens, I’ll update on twitter, so make sure you’re following me there.  When I return, I’ll be updating this thread with live updates.