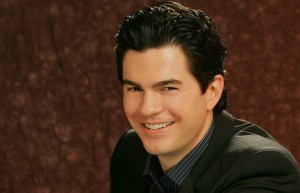 Big Brother 17 – Dr Will Weighs In And Predicts Winner

I was talking to my neighbor yesterday about this season, and he asked me who is going to win. I told him that it really depends on who is in the final two, and how bitter the jury is.  Well, Dr Will had an interview with tvinsider, and he gave a little insight on how the jury is feeling. Needless to say, it’s not good news for Vanessa.

Both my neighbor and I agree that Vanessa should win hands down, but we also know how butthurt people get when they’re evicted. However, when you look at the grand scheme of the season, it will be a complete upset if she doesn’t. Not only did she win the HoH a few times for herself, but she was also puppet master for other HoH’s for most of the season. They made the moves she wanted, whether they realized it or not.

Steve may have made a decent move here and there at the end, but his game was nothing next to Vanessa. That said, even Dr. Will said during his interview that he believes Steve will probably win.  Why?  Because he got a taste of the jury, and they are a very bitter bunch.

If anyone should respect Vanessa’s game, it would be Dr. Will.  He is one of the founding fathers of master manipulation in reality TV. If he had a vote, there is absolutely no doubt in my mind that he’d respect Vanessa’s game and give her a vote, and that is even further guaranteed if she was the one who took him out. However, for him to predict Steve is extremely telling in my eyes. He got to sit there interview the jury members this season (as he’s done the past few seasons), so he has the best read of them out of anyone.

Of course, that all becomes null and void should Vanessa win the final HoH and take Liz, which is entirely possible. Sure, Liz has 2 guaranteed votes, but she needs 5. Let’s break down the possibilities…

Steve versus Vanessa – Austin trips over himself to vote for Steve. If Steve takes Van, it seems like 50/50 on Julia and Liz’s vote. Liz said she’d vote for Vanessa to win over Steve, but people say a lot of stuff. Of course, if Vanessa takes Steve, that’s guaranteed 3 votes for Steve. I believe Steve would be able to pick up an additional 2 votes out of the rest… in fact, here is how I’d see the votes going (barring any last minute changes)

Steve either wins 5-4 or 7-2 if Vanessa backstabs Liz at the end.   (I believe James and Shelli respect the game that Vanessa played)

Ugh, looking at that, Meg may also vote with James to make Vanessa the winner. .   Yikes.  If Steve takes Vanessa, it will be far too close to call. If Vanessa takes Steve, Steve wins.

Vanessa versus Liz – Vanessa wins.  Liz will have her 2 votes, but I don’t think anyone else would really respect her game enough to give her the win. She may pick up 1, maybe 2 more votes, but I couldn’t see 5.

Steve versus Liz – Steve wins. Pretty much same thing as above, although I believe he wins with a bigger margin.  Liz will have her 2 votes, that will be about it.

Liz won’t win Big Brother 17, but because she is pretty much a guaranteed 2nd place finish, it’s very possible she’ll earn $50k tonight and Steve or Vanessa get nothing.  The episode begins at 9:30 est, so we’ll have to wait a bit to find out. It’s pretty exciting that there isn’t a clear cut winner, unlike seasons past.