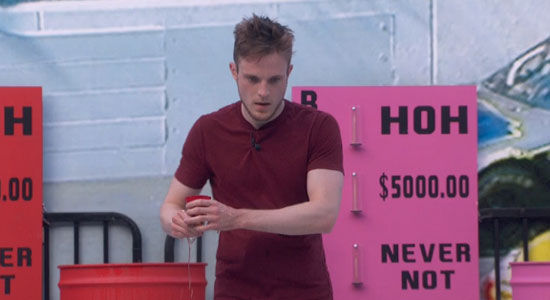 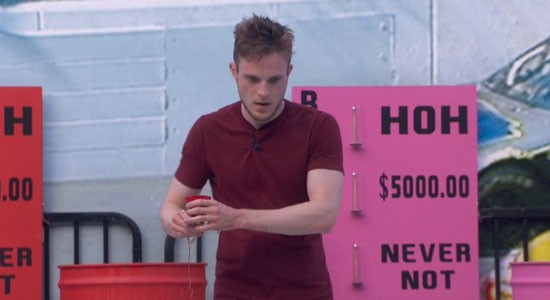 Last week, I missed the competition because I was attending the live show, but the Big Brother gods are giving me a gift this week with a back-to-back endurance competition.  This week, it is the slip and slide one, so it should take an hour or so.

There are 3 options to choose from once you get your ball out:

If you choose HoH, the game ends.  If someone chooses a prize, the game continues until someone gets HoH.  Julie said the same person can win all 3, which makes me wonder if the winner WILL win all 3 unless it’s a close one.  I don’t think they’re going to empty the buckets.

I’m rambling, you’re probably wondering how the comp is going, and the feeds are up… before I begin:

Plug:  GET THE LIVE FEEDS AND WATCH!
They’re free!  Well, for a few days. Then, they’re super cheap!