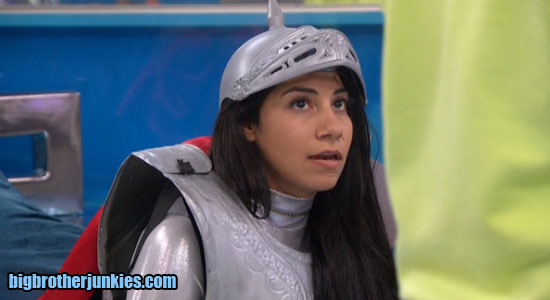 Big Brother 17 – Is Jackie On To Vanessa? 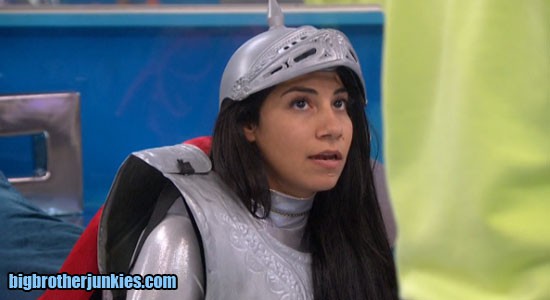 First off, this is weird. It’s Wednesday, and I am not 100% sure who is going home tomorrow night. The Big Brother house keeps flipping back and forth to the point where it almost seems like someone will talk about keeping Shelli yet mention how they’ll handle Clay next week a few minutes later. Austin and the twins keep going back and forth on who they want to keep, James and crew seem to want Shelli out, while Vanessa flips back and forth but is leaning Clay out. It’s weird, real weird.

Meanwhile, last night, there was a fairly large house meeting minus the kissing buddies (Shay) and some floaters like John and Steve (sorry, Steve. You are a floater. Accept it. You may have committed your vote to the Vanessa side of the house, but that’s merely Adam-style gaming. You’re not actually doing anything to contribute to the alliance you believe you have). Woah, kind of went off on a rant there, so back to the meeting. It largely consisted of James, Jackie, Vanessa, Austin and the twins, and it was to discuss what happens when the double eviction (that isn’t happening) happens this week.  They also go back and forth on who to keep, but nothing really gets resolved because I think they all know Shelli is far more of a dangerous player, yet for some reason their gut is telling them to keep her.

However, after the meeting, Jackie and James continue talking and Jackie is clearly on to the rest of the house. She may be the only one, although James quite possibly be finally coming around. Despite being the first person Audrey told when she blew up her own alliance, James admitted last night that he didn’t believe her (at the time), and is now finally putting the pieces together.  Unfortunately, by believing her now rather than a few weeks ago, James really has no shot at winning barring any miracle alliances. If things continue the way they’re going, Jackie and James will be walking out the door as soon as they lose HoH power (which will probably be Thursday night).

When Audrey told James all of this, he had numbers and a reason to rally the house around evicting the power group.  Now, they have more of a reason, but much less numbers as they had a net loss of 2 last Thursday night (losing Jason, while Julia entered). Heck, 1/4 of their current alliance isn’t even really working with them.  James is pretty certain that he, Jackie, Meg and Becky are tight, but Becky is actually tight with John who has been voting the way of Vanessa.  Needless to say, it’s a mess, and I’ll do my best at sorting through it today as they will likely talk more and finalize who is actually going home tomorrow.  Stay tuned for the live feeds, and I also have to get to my power rankings which should be thrown all off as well.