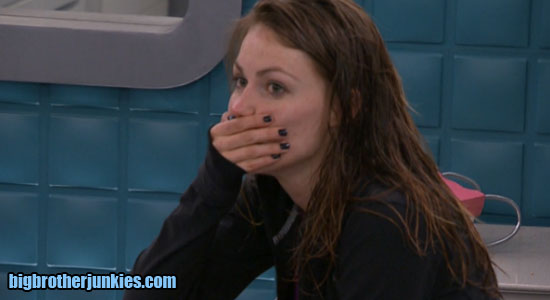 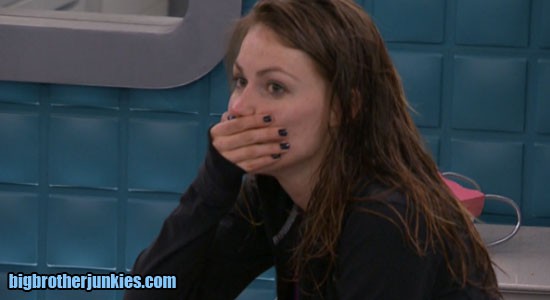 Man, at this time last week, I was sitting in the green room in the Big Brother studio ready to see the set for the first time. Now, I’m sitting at my computer with my cat staring at me.  Oh well, my cat rocks, so I don’t mind that.

With that said, it’s a good thing I’m home this week because the house blew up this afternoon and I’m still not really sure why.  Well, I know why, but I don’t know if it should have.  Apparently Becky told John that Shelli/Vanessa are going to go after him. That got back to Vanessa who assumed it was James who said it but then when James denied it, she assumed Clay said it. So, instead of brushing it all off seeing that it was no big deal, Vanessa had to be Vanessa and run to each person to confront them on it. This resulted in a near fight between James/Clay, Clay giving up on life, Becky panicking in the HN room, and Vanessa breaking down into tears begging John where he heard it from before Clay finally lied and said he did tell him.

Wild, right?  Also, pretty dumb, but that’s the way things go after so long. The smallest things get people worked up.  Vanessa may have been trying to emulate Derrick’s game, but she forgot to leave out the neurotic behavior.

Before I begin with the live updates, I was told that tonight will be another endurance competition!  My guess is either something like the egg/fence thing or the slip and slide (more likely the latter than former). So, get your feeds here for free so you can watch along as soon as they come back up!

Note – There will be a long HoH competition tonight

I will be starting a new thread for the endurance competition