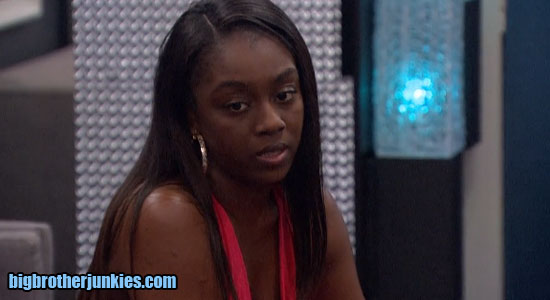 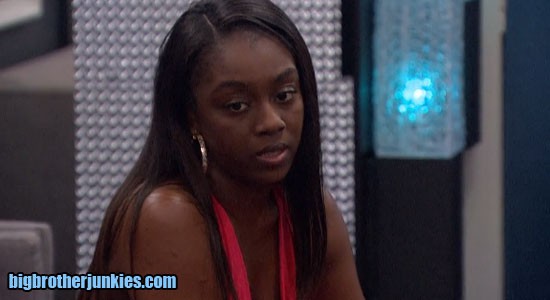 First, let me say, I am glad to be home and on normal internet!  It feels great to click on a page and see it load within seconds.  Ahhhh.  It takes a few days in the mountains for someone to appreciate the luxuries of  high speed internet, that’s for sure.

Secondly, it appears that I came home at a good time because as soon as I turned on my feeds, Da’Vonne was yelling at Audrey. Day is upset because she feel she is taking the fall for Audrey. I am not exactly sure how she is taking the fall, but she feels she is. A big thing is she is mostly upset Audrey is going to stay in the house longer than Da’Vonne.

As far as the Liz front goes, it sounds like the poker dealer blew her hand. She told Liz/Julia about it last night, and the rest of the house is pretty aware of the situation.  While that is certainly bad news for Liz (and guy viewers), Da’Vonne did absolutely nothing to leverage it to her favor. I’m not claiming to be an expert at the game, but I do know when you’re not only given the power of eliminating 3 votes combined with finding out a major secret, you have safety that week.  If you can’t pull it off, you don’t deserve to win, sorry Da’Vonne.  You’ve been essentially given a golden ticket and failed to cash it in.

Now, for the updates…  (note: I will likely do a longer recap post tonight, but wanted to jump right into updates since I’ve missed a few days)