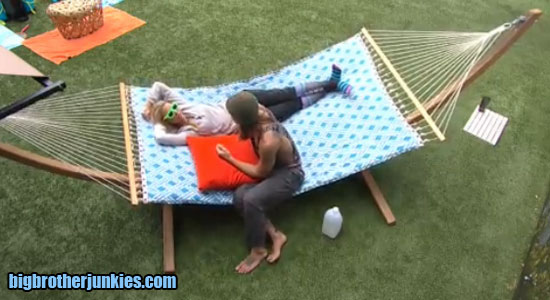 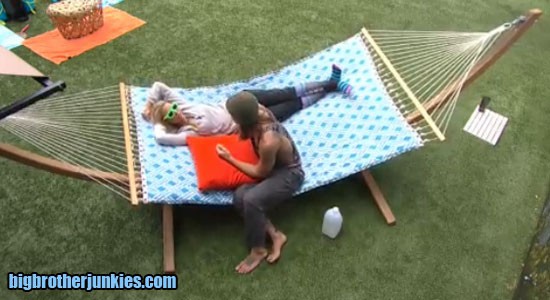 Good afternoon, everyone. The house is up early today as they were put on an outdoor lockdown for a bit. It’s probably nothing, just some regular maintenance, but we’ll keep an eye on any changes when the lockdown is over. I don’t know when the weekly taveover is happening, but if not today, then I guess it will happen on the live episodes.

As I write this (10:55am), Jace is outside on the hammock talking to Vanessa about a plan he has worked up.  He is going to wake people up at 4am tomorrow to meet in private and discuss it. Perhaps I’ll make it an early night so I can live blog that if/when it happens, but that’s wishful thinking.

To talk about Jace’s bullying of Steve yesterday, he admitted to Vanessa that he lied about what people are saying about it. While they indeed have an alliance that doesn’t involve Steve, Jace fluffed it up and made it sound like the house talks bad about him. Jace said he regrets saying it, but it’s what he feels he has to do.  If he does leave, he said he’ll hug Steve and tell him the truth before he leaves.