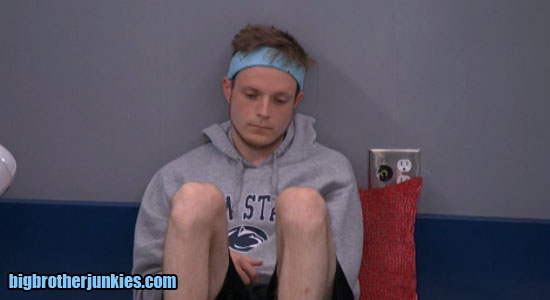 Big Brother 17 – Down But Not Out Live Feeds 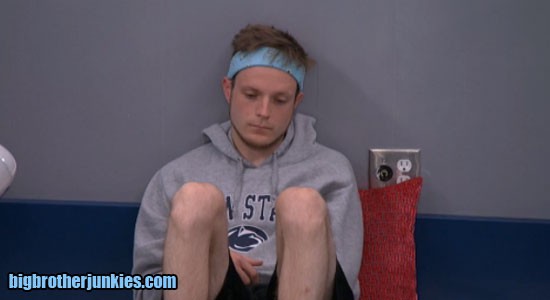 John, don’t you know that on Thursday’s in the Big Brother house, you’re supposed to lounge around and accept defeat?

To summarize this morning… John pulled Meg into the HN room and spilled everything he knew to her. He started by talking about double eviction how John wanted to send Vanessa home, but Steve wanted Jackie out for whatever reason, and they couldn’t come to an agreement on it. At that point, John and Steve had a general pact not to go after each other, and could almost say kind of aligned. So, John wasn’t going to go against his buddies wishes and use the PoV to screw up his plan.

John went on to tell Meg about Steve being the lapdog of that group and this is their chance to actually take him out rather than send another person home and likely lose James next week (which is exactly what I said would happen if John goes home in my rankings thread). To be fair, I said James really screwed things up when Audrey spilled everything to him and they had a great chance to control the house, but he’s been given quite a few chances, and this may be his (and Meg’s) final one.