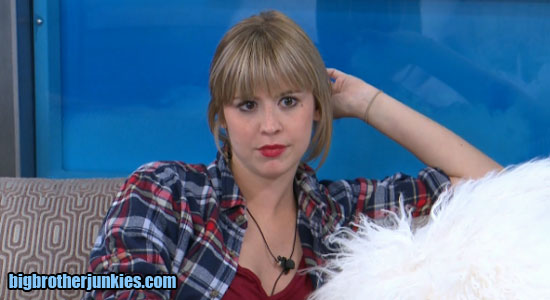 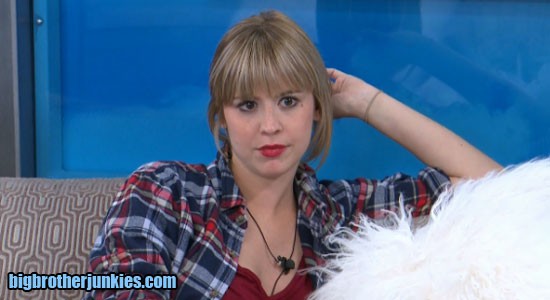 Good afternoon, everyone!  I know you’re all trying to recover from a long holiday weekend, so luckily it appears your brain won’t have to function too much this week when following Big Brother. From everything I’ve watched on the feeds over the weekend, it appears this re-nomination ceremony and upcoming eviction will be smooth sailing.  Of course, this IS Big Brother, so that isn’t always the case, but Da’Vonne is the target. She knows she’s the target. Meg knows she’s going up as a pawn. Nobody seems to have a problem with any of it.

Well, that isn’t entirely true.  Meg is putting on a brave face, but she is not really too thrilled about going up. Nobody would be… except Johnny Mack. I bet he’d get a kick out of it, since he gets a kick out of everything.

Last night, Shelli finally sat down with Meg to let her know the situation so she isn’t blindsided, and Meg said she basically already knew. Now, as Big Brother Network pointed out, that isn’t exactly in the rule book. You’re not supposed to tell people they’re being nominated until ceremony (for many reasons, but the most likely so they can capture the drama easier). Now, will anything actually happen because of this?  That is doubtful. While it would certainly be a shocking twist from production, they don’t seem to like giving out real penalties.

Now, as I mentioned yesterday, I am going away for two nights for a small vacation.  I won’t be away from the Internet, so I’ll be able to make the occasional update (although news may be delayed), but I won’t be able to update the header, and it’s unlikely I’ll be able to give many live feed updates.

My next update will be later today letting you know what happened at the veto ceremony (spoiler alert: Meg is going up), but who knows, maybe Big Brother will toss them a penalty twist because of the renom rule that Shelli broke.

Also, there haven’t been any signs of the Kathy Phone in the house yet, but I expect that to also begin today.

Have a good afternoon!