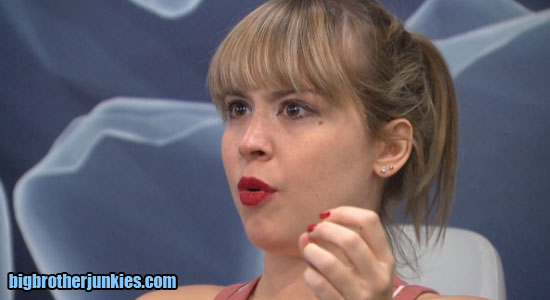 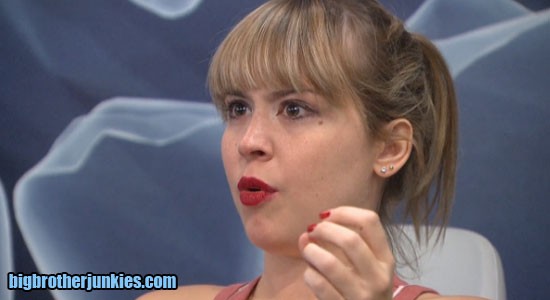 Sorry for the super late update on nominations. As I mentioned, I went to the concert, and traffic was much worse than I expected. Came home and crashed on the couch. Never even got back to my PC. That said, I did tell you who would likely be nominated, so it wasn’t a shock when the feeds did return.

Meg and James are on the block

As people, Meg and James are great. They are fun to watch in the house, and have made a pretty stale cast somewhat entertaining this summer (James especially). However, as gamers, they have been pretty horrible. James won a few comps, but other than that, nothing. They have had multiple opportunities to unite with the targeted people and flip the house, but refused to do it. I mean Austin gave them a golden ticket last week by absolutely refusing to consider them as nominees, and were then told by John about the reality of the house (as Audrey did in the past), but did nothing about it.

Unfortunately, because they are so well liked, this makes Vanessa evicting one of them likely much uglier than it has to be. Early in the game, Vanessa had a strategy to smear the nominated player so the rest of the house had no trouble evicting them. But, she also didn’t have to worry about that player casting her vote for the winner of BB17. Now, she is in a tough spot of evicting someone who is going to go to jury and possibly be an influence there, but she has to do it without pissing them off. I have no idea how she plans to approach this week, but I do know she likely made a big mistake by ignoring the real threat in the house this late in the season.

The more I think about it, if Vanessa wants any chance to go further than say 4th place (without relying on a run of competition wins), she really needs to start considering moving on Austin and the whiners. If they’re not eliminated from the house, they will be 50% of the first HoH competition to go on Thursday night. That is flip a coin status to see if they’ll be in control of things once again. Vanessa is a poker player, and one thing I learned while briefly playing is that a lot of it is about playing odds. I am absolutely shocked she is letting the odds get further and further away from her favor, so I wouldn’t be surprised if she finally realized this and did a backdoor on one of the trio this week.

We will get a better picture of what is going to happen when we find out who actually wins the veto. If it’s Austin or one of the whiners, that is bad news for the entire house.  If it’s anyone else, Vanessa could make a bold move and shake up the house.  I’ll be starting a live update thread shortly.