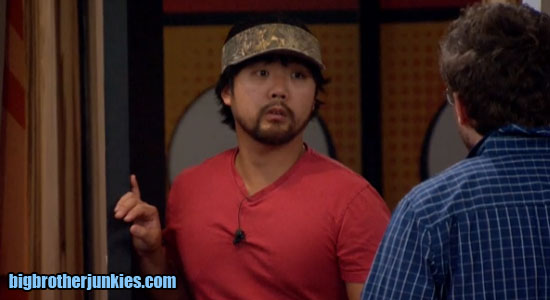 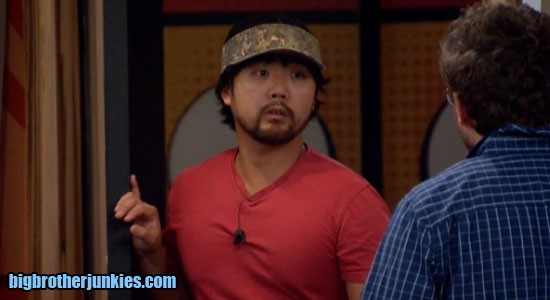 Well, that was quite the double eviction. I’m still trying to wrap my head around it all. Trying to wrap my head around Steve’s move. Apparently he did not want to win (shocker), and isn’t quite the genius made out to be as he incorrectly got the correct answer (if that makes sense). Don’t get me wrong, he is incredibly smart, but I don’t think he’s an Ian with a photographic memory. Just very intelligent.

I have not had a chance to listen to the feeds since they returned as I took an hour break, but I want to find out what Steve’s intention was. Why Meg and Jackie? Yes, JMJ are a tight alliance, but he does remember that there is a set of biological twins in the house who will never go against each other, right? JMJ may have been tight, but Lizulia are much tighter than the three of them combined. Plus with their own ‘Mountain’ (GoT reference) protecting them, there is almost no way at least one of those three does not make it to the final 3 at this point.  I still think Vanessa is going to win, but the twins and the mountain will be right there as well.

Anyway here are some feed updates: