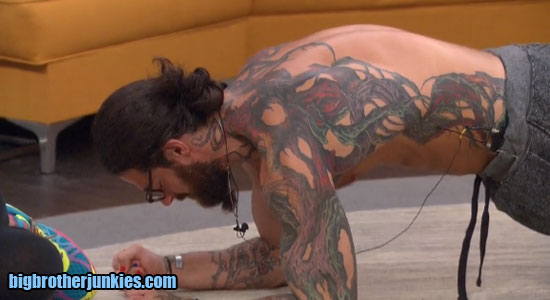 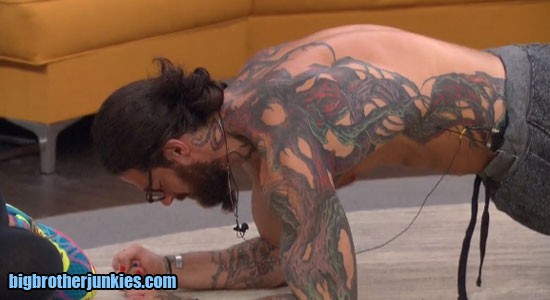 In a kind of shocking twist of fate, we went 48 hours (or so) of Da’Vonne finding out Liz’s secret twin, winning the Kathy Griffin twist and having a pretty solid footing in the house with all these gifts, and now we sit with Da’Vonne out, and Liz feeling comfortable for another week (and possibly beyond). I honestly thought Liz was screwed as soon as everyone found out about her twin, but now it appears very likely we’ll see both Liz and Julia (or as Jason calls them, ‘skinny’ and ‘fatty’) in the house together.

Speaking of, how did he come up with that? The fat one? What? No wonder girls have esteem issues when they’re called fat for looking like Liz. Sorry for my mini rant, but that was stupid. (if you didn’t watch the episode, I’m referring to Jason describing Liz and Julie as the fat one and skinny one)

While we’re on the subject of Liz, may as well jump right into feed updates because it’s relevant…

Vanessa was sitting down and making an alliance chart with gummy bears and my head started spinning.  Time for sleep. Recap tomorrow