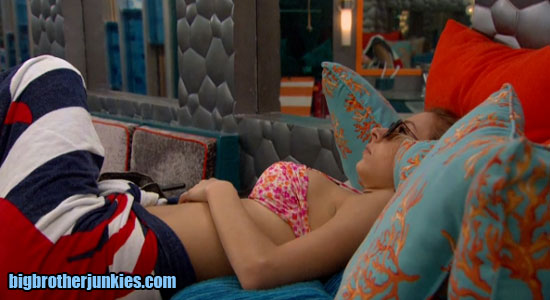 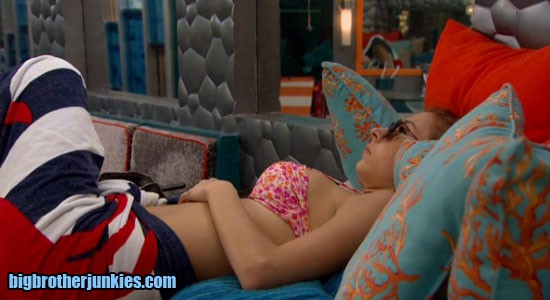 As fully expected by everyone in the house, the veto ceremony came and went, and now it is a definite thing that one of the twins will be leaving the house this Thursday night (barring a twist – haha.. a twist. What’s that?). Which twin it will be seems to be on them for now, which is kind of a weird way to handle it, but I doubt it will continue that way throughout the week. I am fairly certain that Liz will end up walking out the door regardless of which twin volunteers to go home. You don’t get rid of Julia and keep the Austin/Liz pair together. You just don’t do it. Vanessa is not that stupid, neither is Steve. It’s not happening.

While I was out when the veto ceremony took place, there doesn’t appear to have been much (if any) drama. Liz is in the ‘curl up in bed for a few days’ stage of nominations, and I think Julia is feeling pretty safe, so she’s not as bad. You kind of have to feel bad for Liz. It’s been a rough week. She went from feeling like kind of the house for an hour on Thursday night to accepting she is being defeated in the game only a few hours later.  She also learned that Austin isn’t willing to sacrifice his own game for her – like Clay did for Shelli.

The house is extremely quiet right now, and it may be like that for a better part of the rest of the season. I am debating on just going into daily recap mode rather than live update, simply because there just isn’t much to update.  Do you guys like the update threads, even when there is little to report?  You’ll still get a daily report from me, but it will be more of a summary.