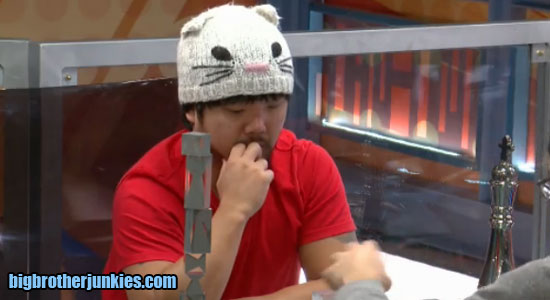 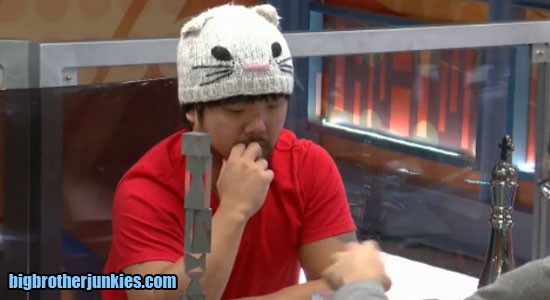 Wow, did I pick a day to go to a BBQ.  I honestly expected to come home and have not only the veto over, but plenty of lame zingbot jokes to repeat. Yet, I turn on the feeds to see Steve and James playing chess.  The biggest thing that has happened so far is that the players were picked, and yes, Vanessa is one of them.

I guess there isn’t much to talk about that wasn’t covered in my earlier posts, so I’ll jump into whatever the heck is going on in the feeds….