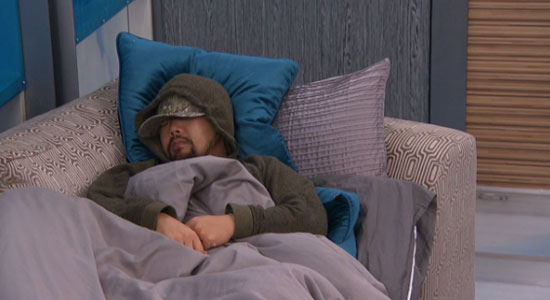 I'd rather be sleeping in a dentist chair - with Meg

This power of veto competition is a fairly big one, but not as big as you’d imagine, unless you’re a fan of a specific person rather than side. No matter who wins the veto competition, there are plenty of options for James as a re-nom, so he can rest easy this week. If you’re specifically a fan of Shelli or Clay, well, it’s a pretty big veto competition because if neither win, it’s very possible one will go home.

I am pre-writing this (meaning writing before the competition ends), so I’m basically rambling and will stop and wait for the feeds to return..