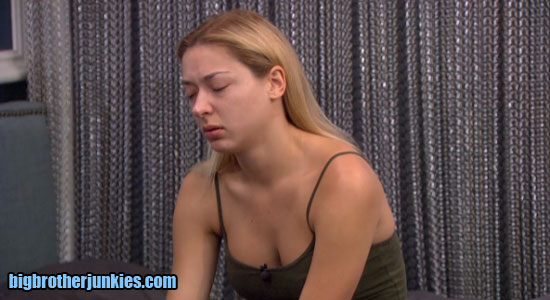 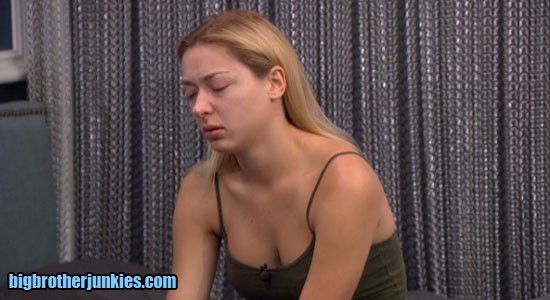 Title update: The couple is back together, so my title is dumb

how does the saying go?  You learn about a person when they have to face real adversity?  Well, if not, that’s what it should be.  Anyway, that is what we watched yesterday on the feeds after the veto competition returned and Austin emerged victorious.

To summarize what I gathered: The competition was a knock-out type of game where the winner of a round puts two people up against each other. During the competition, Julia asked Vanessa what to do, and Vanessa gave her gave her what I am sure was the best scenario (for Vanessa). This made Austin question the motives of everyone in the house, and whatever Vanessa suggested made Austin call her out. There was a little dust up during the competition, which he allegedly ‘played up’ for the cameras. When the feeds returned, Vanessa was playing victim to the twins, and basically managed to ruin both Austin’s game and relationship without actually saying anything.

How?  Vanessa is a master of implying what people are thinking. She did this yesterday by telling Julia how much dirt she had on Austin, but refused to be a ‘rat’ and tell her. This is a skill done by Vanessa to let people assume whatever they want about the person, and in the case of Austin, all bad things. This made Julia just assume Austin is as shady as he thinks, so she trashed him to Liz which added on to what Liz was already upset with. You see, the girl who screwed with Austin’s mind all summer instantly thought he was going to be like Clay and offer to save her (instead of himself). Even though Clay didn’t actually win veto – all he did was roll over for Shelli – Liz wanted Austin to give up his game for her. When you combine it with Julia in her ear trashing him, Liz was pretty much done with Austin after that.

Pretty ridiculous, but that’s been the season so far.