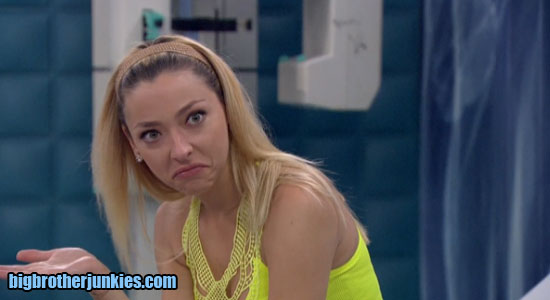 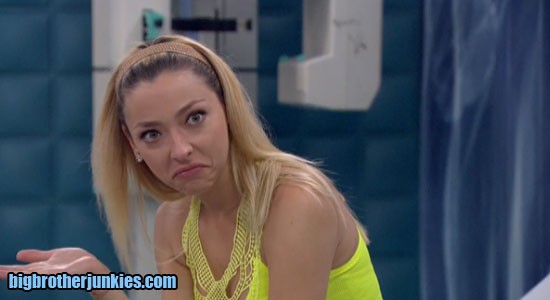 Note – this picture may very well be Julia.

One quick note about my power rankings. They are done my specific way, and are more modeled after the countless NFL power rankings put out every week. These ranks are not just about who I believe to be playing the best game. They are about who is playing the best game, and who is in the best position to win it all (or finish in the top 3) regardless of their game. Has Julia played a better game than James this season?  No. But, James is screwed. He is not making the final 3, while Julia very well could and probably will.  So, I’m not going to put James near the top when he is going to jury within the next 3 evictions max (probably tomorrow night).

That brings us to these rankings and why I felt the need to explain it.  I believe Vanessa has been playing a really solid game overall, but she is completely setting up a combo of Liz, Austin and Julia to fill out the top 2, and probably top 3. This is likely the week that Vanessa loses Big Brother 17, unless of course she has a Rachel-like competition run in her. Liz, on the other hand, has survived being a twin even when the house found out about it. She has the upper hand on the relationship with Austin (I believe he’d pull a Clay for her), and she has her twin sister who appears to be no threat whatsoever floating along.  Julia is taking Liz to the final 2 because they’re sisters. Austin is taking Liz to the final 2 because he is in ‘love’. Neither will win against her, but they’ll do it anyway.

If the trio survive the double eviction and then end up in power by the end of tomorrow night, it’s game over.  Liz wins, and Austin and Julia fight over second.