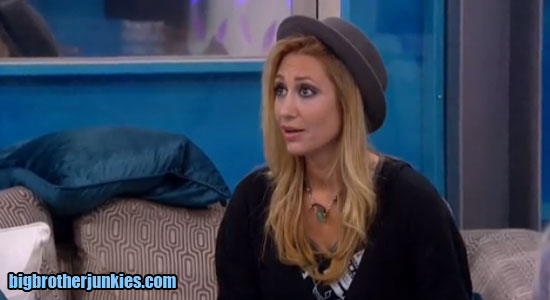 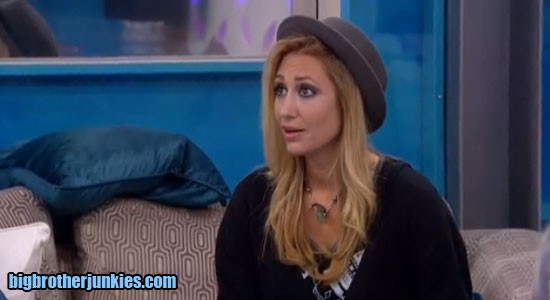 I just realized today that I haven’t done a good breakdown of the show in awhile. It’s been more of just live feed updates, which are good, but don’t give you an overall picture of the house.

The big theme of the house for the past few weeks has been ‘let’s get rid of Vanessa’, except for there being one problem: Only one person has been willing to deal with the wrath that comes with said move, and she’s sitting in jury. You see, Vanessa is neurotic, and will talk your ear off until you just give in to what she’s saying, but she’s also incredibly intelligent. It’s one thing to talk someone’s ear off, but she is smart enough to know exactly what to say, and to whom. The only person she’s had difficulty doing that with this season is Becky, who really handled Vanessa like a pro.

After being nominated, Vanessa tried to talk to Becky who basically just cut her off and walked away. She was not going to sit there for an hour listening to 15 different reasons why nominating her was a bad idea. Of course, this pissed off Vanessa, but what did it matter? She was going home, right? Wrong. Despite Becky’s strong will, the rest of the house isn’t so tough, and they easily caved to Vanessa’s pressure throughout the week. Even her own newly formed alliance of James, Becky and Meg quickly flipped and decided to vote out Shelli for whatever reason.

This move obviously instantly backfired and two of those alliance members – including Becky – were the next two out the door. Vanessa regained complete control over the house, and no longer has to worry about someone like Becky having the strong enough will to deal with her wrath.

We witnessed that wrath last night as Austin essentially had 3 options for nominations. He obviously wasn’t going to nominate the twins, and he wanted to completely hold true to his alliance with James and Meg.  This left John, Steve and Vanessa as the only people left to put up.  After talking with Vanessa, he was convinced that putting Steve up versus John was the best idea.. until he spoke with Steve and promised him the complete opposite.  As Steve left the room, he told Austin he’s ok with being a pawn, but the only rule is he can’t be sitting next to John. Austin promised, and it seemed set.. Steve vs Vanessa.  Until Austin had one more talk with Vanessa who flipped the script once again and when nominations were revealed, Austin broke his promise to Steve and put him up next to John.

Now, Austin is hoping his side of the house wins PoV today and keeps nominations the same. This means his end goal is to evict John over Vanessa. Why?  Well, he said it’s stupid to evict someone who can turn around and come right back in, but playing the game for that 25% chance is equally stupid. Lawon learned that a few seasons ago when he volunteered to be evicted so he can win the competition and come right back in.  He lost. Seeing as Austin has deals with pretty much the entire house, anyone he evicts this week will be pissed and have a chance to come back in.  Not evicting Vanessa out when they can is like punting to a great QB with plenty of time remaining and just hoping things work out in your favor.

Only two people will sit out of the competition today. This means Vanessa has a very strong chance at not only playing, but winning. Although, from the sounds of it, Austin would be OK with that as he’s fine sending John home.  With only a few weeks left in the season, time is running out on getting rid of the sure winner of BB17 (should she be sitting in the final 2 chair). If anyone else wants a chance to win, they have to make a move, and they need to do it quick.

I don’t think that move will be this week.

I am heading out to a bbq today for a few hours. Zingbot is coming into the BB house, and then the veto competition will probably follow. This means there are quite a few hours before we have any actual results. I will start a new thread when I’m home, and the results are in.