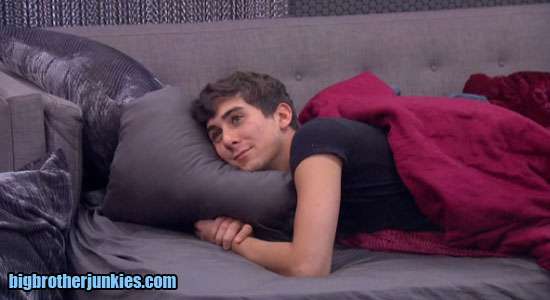 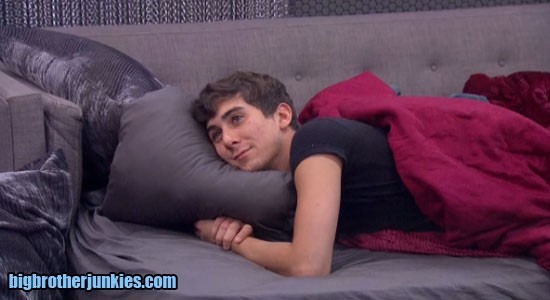 Well, this could be a fun week inside the Big Brother house. Vanessa is going off-course from her standard “try to avoid blood on her hands at the end of the day” routine (her two favorite sayings), and is apparently just going to go for the throat this week.

Typically, Vanessa has tried to play it extremely safe with the exiting houseguests. Well, I should re-phrase that. She has played it safe with the remaining houseguests. She shits all over the exiting houseguests, but that is to make them look bad, and not her. It happened to Jeff. It happened to Audrey.  It was going to happen to Austin, until he went up in the HoH room and made an extremely embarrassing plea to remain in the house. He kept repeating how he met the love of his life in the house and needs to at least be in the jury house with her. Get a grip, buddy. She’s not into you.

Well, Vanessa softened up on the stance, and her allies agreed that sending Austin home now is probably not the best of ideas. He is still a big target, so it’s actually quite stupid to break up their alliance over pride (Vanessa was hurt that Austin lied). After that, the possible re-nominees were discussed and they had to walk a fine line. They want to put someone up who will go home, as Van doesn’t want to hurt her standing in the house. Nobody will trust to be pawn again if Becky goes home. That will be done. Gone. Poof.

So, they can automatically throw out Meg or John (James, Liz, and Clay are safe). Jackie is an option, but again, Vanessa promised her safety this week, so that’s not happening. This pretty much leaves Steve and Jason. As of right now (7:30am), Jason is the current target because they feel they can work with Steve over Jason, but at this point, anything can happen over the next few hours.

Unlike the previous weeks, Vanessa isn’t going to make Jason look like a complete shithead to the house before putting him on the block, which is interesting because it could actually cause some trouble for Becky. If Jason is sitting on the block next to Becky, there could be a fairly close vote, especially as the week progresses and Jason campaigns.

I will be starting a live thread in an  hour or two when the house is awake, but needless to say, this could be an interesting week. I was originally going to just BBtakeover Wednesday because I’ll be touring LA, but I may have to pretend that day exists and find someone to write about what happens.

(if you missed it, BBtakeover now has a new meaning. It means to simply forget something exists, like Big Brother did with that twist)