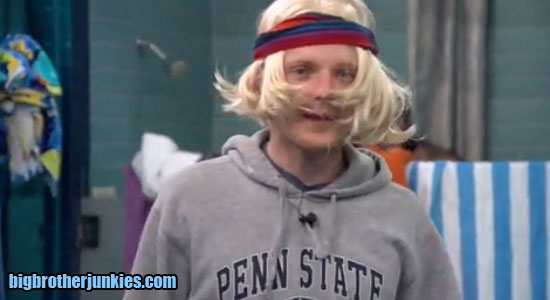 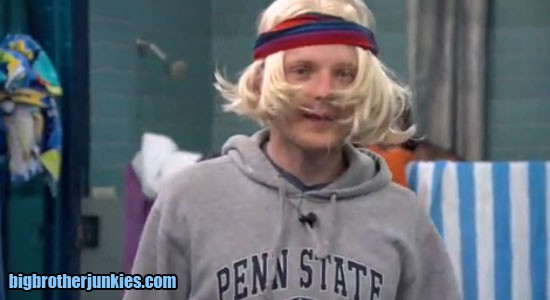 Good afternoon, Junkies! It is veto competition day inside the Big Brother house which could lead to a situation that I’m sure Shelli and Clay will make far more dramatic than it has to be.

Of course, this likely won’t happen, and the real scenario is Becky or Steve will go up if Jason is saved.. especially if Jason is saved by Meg. It is very unlikely that Meg will be on the block next to John because they don’t want to lose John quite yet. Mack versus Meg would probably be another ‘too close to call’ vote, and I don’t think they want to risk losing the guy who has been willing to be their pawn. This basically leaves Becky or Steve, unless they want to start chipping into the power alliance by putting Audrey up and sending her home.

Will Shelli do that? At this point, it’s really hard to say.  Getting rid of Becky or Steve is a throw-away HoH. Getting rid of Audrey is a stronger move, but it also exposes their alliance should a Jason win HoH next week. I’d bet Shelli is quietly hoping the nominations remain the same so they can make a push to get Jason out.  If Jason is saved, this week could get interesting very quick.

We won’t actually know the final results of the POV until the meeting monday, but the winner today will give us a pretty good indication on how the week will turn out.  If Shelli wins, expect noms to remain same. If Jason wins, it will be interesting.  If John wins, Meg will probably go up. The big question will be the other 3 players, and if they win.

One more note. Thank you to those who sent in donations so far. I really, really appreciate it as it goes directly into my LA fund. (read more here)