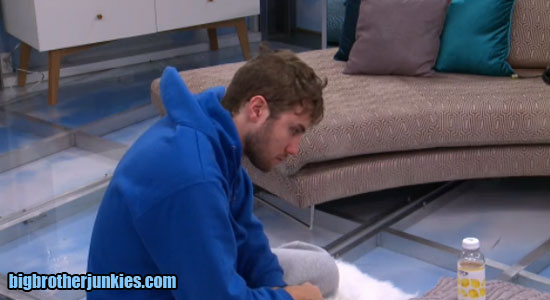 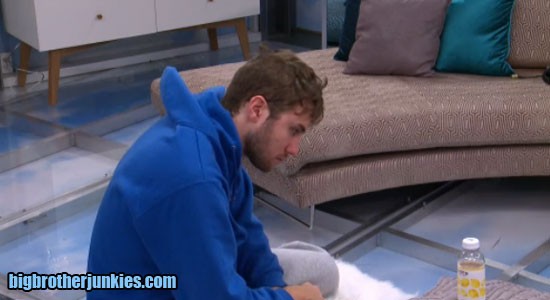 Just as I jump back on the Ian = Steve bandwagon, I wake up to read that overnight Steve revealed why Vanessa won PoV yesterday. Around midnight, Steve was alone doing his typical cam talking, and he was going off on himself how he made a stupid move. Apparently, Vanessa told him to throw the PoV competition – and he did! According to Steve, he could have won the comp, but he threw it. My mind is blown. At this point in the season, the PoV competition is one of the most important of the season, and if you want to win BB, you don’t throw it – period.

Steve was complaining that his mistake was likely a $500,000 mistake, and at this point, I’d tend to agree.  If he is sitting in the final 2 with Vanessa (if she actually takes him), and he does win, I can tell you this right now, it will be because of a bitter jury, nothing else. While it can be debated that Ian won his season because he had a good social game compared to Dan, Ian also made moves when he had to. This was a move Steve had to make, and he didn’t.

Look, I don’t want to bash him too much. Big Brother is a hard game, and Steve was already an underdog not only fighting his social awkwardness, but being typecast as ‘the next Ian’ and instantly becoming a threat as a result. I also don’t want to undersell Vanessa. While Steve was the ‘brainiac’ coming into the season, let’s not forget Vanessa’s intelligence. Poker aside, she was in school to be a lawyer for awhile. She’s no dummy who can just bluff her way to poker victories. She also has the life experience that Steve simply doesn’t have, so she’s not going to be intimidated by others. While Vanessa may look like a GinaMarie, she’s really more like a Steve or Ian.

With that out of the way, I probably won’t be feeding today. I have an eye appointment at 3 and then meeting my parents for dinner as they’re in town (which doesn’t happen often). I will have to rush back in time for the live show, so I doubt I’ll have any time to update on the feeds. If anything exciting happens, please put it in the comments for people to talk about!  I’ll be back tonight!