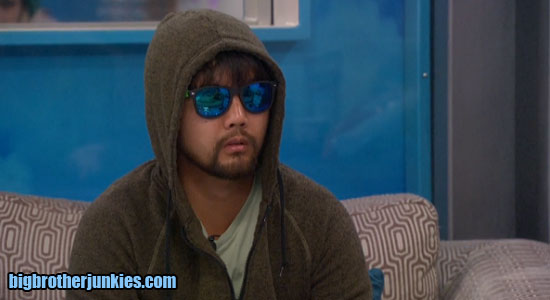 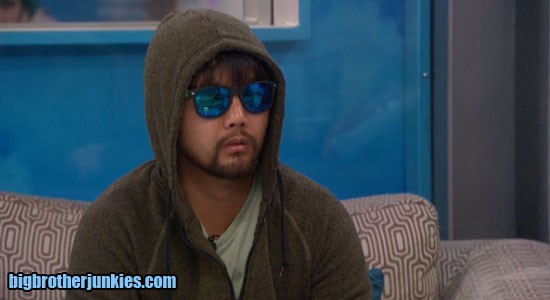 Happy Sunday, everyone. It’s late in the season and I am running out of ways to begin these daily threads. A quick recap of yesterday is the power of veto competition was held. It was a ‘mess the house’ competition where players hid something around the house and I think the last person to have their item found was the winner. The former corrections officer and Big Brother 17 hide ‘n’ seek champion was the easy winner, which of course resulted in a night of whining and crying by Vanessa and the twins. I heard numerous times how they just ‘had’ to have this type of conversation when James was in trouble.

I’m sure it will be a fairly busy day for Vanessa as she is really struggling on who to put on the block to replace James. She has been tossing around the idea of Julia as a pawn (who is not at all happy about that), but for her sake, she really better be doing the old ‘fake pawn’ routine. Vanessa is quickly running out of options if she wants to win this game, and one of the few remaining scenarios is to carry John and Meg along. Another good option would be sitting next to Austin in the final 2, but that would require masterful work of using the other side of the house to start splitting up that alliance.

That’s where this week comes in. Vanessa should most definitely use Julia as the pawn, and then allow James, John and Steve to vote her out. Oops. Her plan ‘failed’, and Julia becomes a pawn causality. Not Vanessa’s fault.. right? After that, Vanessa can become closer with Austin and Liz while secretly working with Steve and John and allow both pair to battle each other while also battling the pair of James/Meg. Messy situation, but I put Vanessa as #1 on my power rankings, so she has to make a big move this week if she wants to remain there.