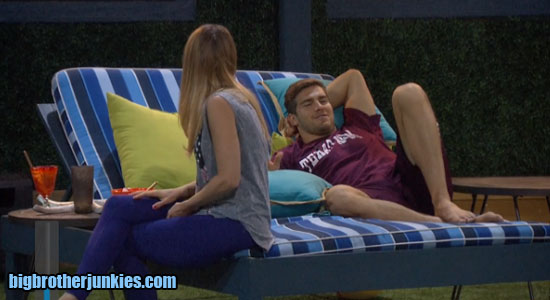 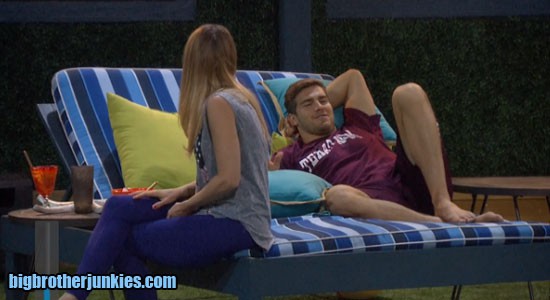 Well, well, well. ‘Love’ in the Big Brother house is always put to the test the second a showmance gets nominated, and so far this week, Shelli and Clay are failing that test. That wasn’t immediately the case when they were first nominated. Clay put on his white knight helmet and said he was going to basically fall on his sword for Shelli (kind of ironic that the POV theme was medieval). That had all the girls in the house gushing over how romantic he is, how sweet, blah blah blah. I actually think that’s his best strategy in the super long run, mostly because he’ll have an easier time landing a gig on a soap opera if he goes out all romantic.

However, this is Big Brother, and things change by the hour, and throughout the day yesterday, Clay started looking more and more like a scumbag to the girls of the house.  Why?  Because he was ‘campaigning but not campaigning’ against Shelli, just as she was doing to him. He is pretty confident he is staying, she is confident she is staying, so somewhere down the road, that will come to a head.

Random thought, but I always love the ‘campaigning but not campaigning’ strategy. Especially when it’s between two friends (or a showmance). I mean minutes after the PoV meeting, Shelli was out there talking to a group of people and making sure she had their vote. Of course, she wasn’t ‘campaigning’, but just making sure she’ll still be in the house on Friday haha. I  love it. Don’t get me wrong, it’s always nice to know how people are voting, but when you run up to a group minutes after the meeting, you’re campaigning. There is no way around it.

Forecast for the next two days: Plenty of suntanning by Becky and the twins with some moderate sleeping by the house and scattered arguments.