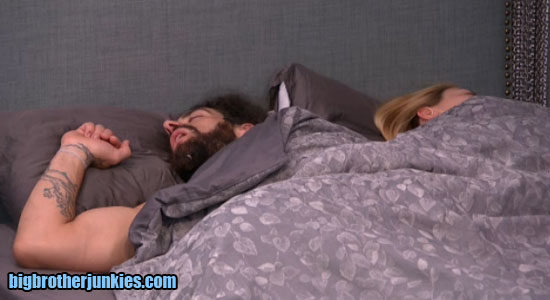 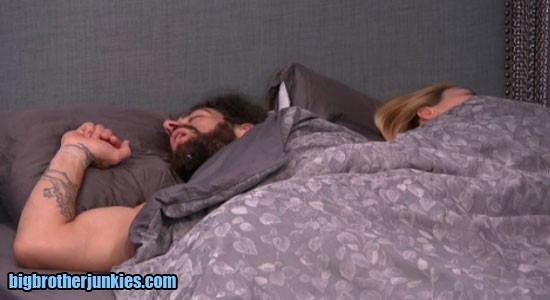 Good afternoon, everyone! It is Tuesday, and still two days away from eviction, but we’re chugging along. The latest news in the house is that Austin and the twins are realizing that Vanessa is likely working with John and Steve. I was wondering how long it was going to take before they figured that out. You’d think after absolutely refusing to put John on the block (even as a pawn) during as week as HoH, that would have tipped them off a little.  Or how obvious Steve has made it that he is working with both John and Vanessa during his run as HoH. After all the obvious clues being dropped in their face, it took until nominations were settled for them to realize it and not trust her.

Not like it matters, because Austin is secretly working with Vanessa as well, and I’m sure just like John and Steve both think – he probably thinks Vanessa has his back more than the rest. It will take 15 minutes of talking to her for him to be assured once again that she has his best interest in mind and all will be good. For good measure, she’ll probably make Austin go talk her up to the twins before one of them is evicted, just to help secure that twin vote in the jury.

That will probably be the biggest story of the week leading up to evictions.  Will Vanessa find out the twins no longer trust her, and will she convince Austin to change their mind before eviction. The answer to that will probably be yes, but we’ll just watch and see.