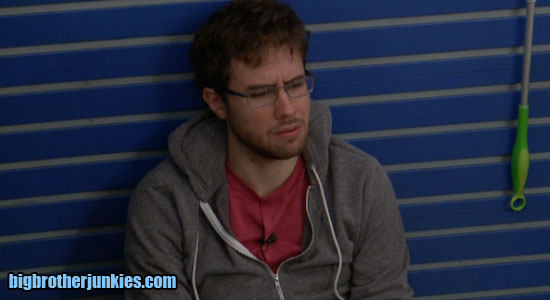 The way it’s happening right now is that there is a plan in motion for Vanessa to be the backdoor target. That’s all well and good (unless you’re a fan of Vanessa), but some of her other options are kind of head scratching. Becky also wants to save Shelli, as she told her she’d be safe this week. So, if the PoV is not used for whatever reason (say Austin wins), Steve would actually probably end up walking out the door instead of Shelli.

With that said, it’s pretty much a neutral situation because Steve has been voting however Vanessa wanted anyway, plus he is actually planning on trying in these upcoming competitions. The thing about that is, either Becky knows this and she’s far more aware than I give her credit for, or she’s shooting in the dark and will end up hitting a target she didn’t even realize was as big of a threat as he is.  Steve is 100% Vanessa’s puppet right now, and he’s a very, very smart puppet. And, as we watched during Ian’s season, competitions tend to favor memory the further along the season goes.

Long story short. It sounds like Steve or Vanessa will walk out the door this week. If it’s Steve, the house may be disappointed, as I don’t think they’ll actually realize how good of a situation that is.

I blog stuff about Big Brother
Previous Big Brother 17 After Show – Talk Of Clay, Meg, and More…
Next Big Brother 17 – Who Are You And What Have You Done With Becky Live Updates
Subscribe
Login
104 Comments
Newest
Oldest Most Voted
Inline Feedbacks
View all comments