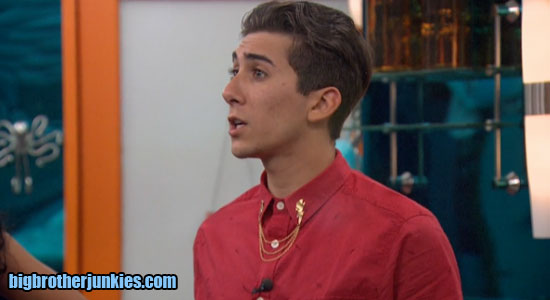 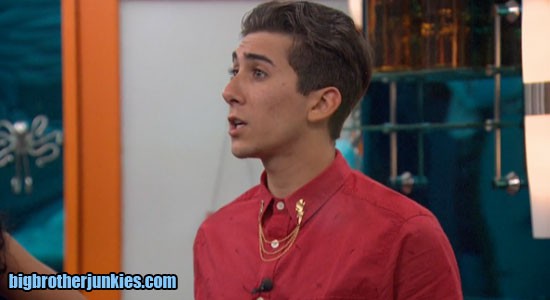 First, let me say, I woke up (see: my cat woke me up) at 7:45am, so I’m running on only a few hours sleep. I thought I would turn on the feeds to see Jace in his secret life saving meeting, but all I had were people getting ready for bed after a long night at the prom.

Like every season,  the house had their ‘fun’ event, and this year it was a prom.  I never really get into these events, so I don’t really cover them, but I’m sure they’re fun to be part of if you’re cooped up in the house for 2 weeks with 15 other strangers.

The point of this post is that during the night, a few things struck out at me.  First, Jason made a weird comment about Audrey (behind her back) after complaining about the way she’s been acting. While walking away, he said “your dick is trash, your pussy is trash” (flashback to 11:53pm). I’m not going to get all Aaryn on him just yet, but that comment is certainly concerning and I have heard others walk that fine line between saying inappropriate things about Audrey. It is not cool to be walking that close to the edge, but let’s just hope nobody actually crosses it and turns this mess into another Aaryn situation.

Speaking of Aaryn, Audrey, and Jason, this touches on another issue that happened. Around 1:15am, some people were in the HoH room (notably Jason and Becky), and Jason mentioned something about racism, Aaryn, etc. From what I gather, Becky said something about a black towel (no clue what it was), and combine that with her parents refusing to sign the waiver, I guess Audrey implied that Becky was the next Aaryn and her parents didn’t want to deal with that. For the record, I’ve yet to hear Becky say anything remotely racist, but then again, we don’t get to hear Becky say much of anything. That said, it all could be just stupid jokes and stuff that you’re bound to hear with 16 people living in the house together.

That doesn’t defend bad comments, and certainly doesn’t defend the consistently lousy comments in BB15, but I’m not going to get too worked up over a slip – yet.

Moving on, back to the actual game.  Jace made some pushes last night, and possibly even got into James’ head, but I believe the end result will be the same tonight. Jace is going to walk out that door. However, if he is able to accomplish anything, it is that he didn’t walk out the door quietly allowing a large 7-8 person alliance pick people off one by one. The large alliance that got to backdoor Jace is already falling apart and if Audrey is indeed the main target this week, we could see an entirely different house dynamic by the time the game gets back on track.

I’m sorry if this post was a bit rambly. I’m running on only a few hours sleep.  Typically, Thursdays are an off-day because the feeds go up and down and people generally just get ready for the live show, but I may start a live update thread in a few hours just in case. I have a feeling Jace is going to stir the pot at least one more time.

Update: Corrected James to Jason. Told you that I was tired when I wrote it