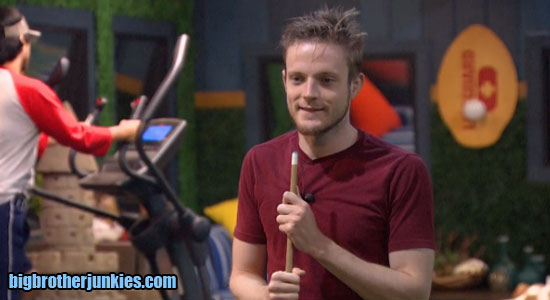 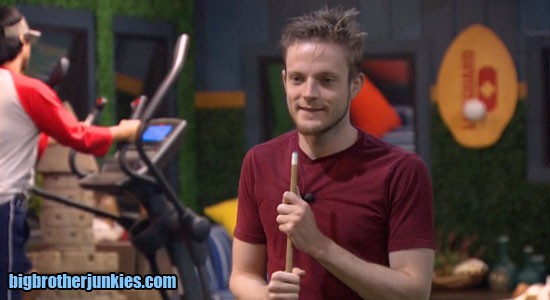 Last night around 9:10pm, megaphone man made his first appearance of the season, and it was to reveal some BIG news.  By BIG, I mean weird, random and pointless news. He let James, Meg and John know that Austin wants to vote Julia out. They all heard it, but decided to keep the news to themselves. As I commented last night, I’m not really sure what they can do with it anyway. Unless megaphone man just wants to stir up drama between Austin and Liz.

From the sounds of it, the plan to keep Meg is currently stalled out in the side of the road and it will probably remain there until Thursday night. The reason Vanessa wants Meg out makes logical sense, assuming there wasn’t already a super tight alliance of three in the house. She is the 4th wheel and will only finish in the top 3 if she wins competitions against 3 pretty strong players. On the flip side, Meg, James, and John are more likely to get Vanessa out before that point, but they’re also easier to manipulate, and in Meg’s case, much easier to beat in competitions.

Note – I keep mentioning the game from Vanessa’s best options, but that is because she is the one in power right now. She can easily turn the house against Julia, so her decision this week is setting the course for the rest of her season. I’ll probably do the same for whoever is the key person next week (which will probably again be Vanessa somehow).

(bonus note – I will be doing my power rankings today, since people were asking in the comment section)

With that, here are some updates: