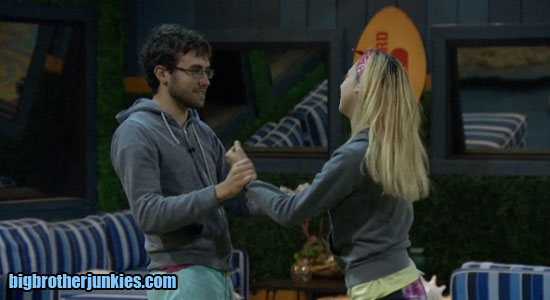 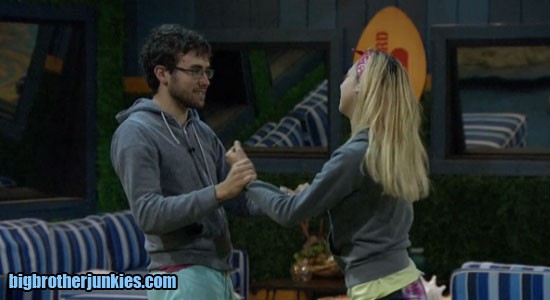 Good afternoon, everyone!  It’s my first full day of watching the live feeds in a few days, so let’s hope there is something exciting that will happen (there won’t be)

I forgot to mention in my posts over the last few days that the veto was not used. This wasn’t a surprise, as Liz had no intention of using it, but I never actually posted the veto results, so there it is. Becky or John will be going to jury tomorrow night (spoiler: It will be Becky)

Not much really happened in the house yesterday. They sat around talking. There was some small game talk between Steve and John. Steve really doesn’t think he’s a floater because he has an alliance with Vanessa, and is worried about being perceived that way. That probably explains his weird move during the double eviction, as he basically did the dirty work of his ‘alliance’. While his floater status may not be official until the end of the season, at this rate he is certainly going to be looked at as a puppet regardless.  If he wants to break all labels, he needs to win HoH and take out a big player. A contender. A Vanessa. Otherwise, he’ll go down in BB history as a mediocre player.

Here are the updates for today: