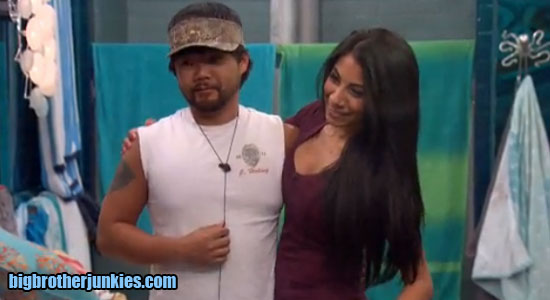 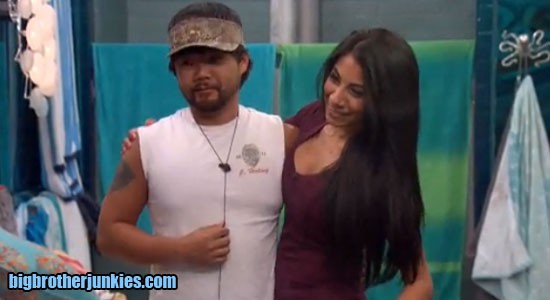 How the mighty have fallen.

James won the dreaded first Big Brother HoH competition, and he is now fighting for his life in the game.  Winning week 1 is dangerous for many reasons, and one of them being the first person to shoot an arrow in the house. People do not forget it, especially seeing as the person is HoH for usually two weeks (remember, they enter the house about a week prior to the first episode).

This week, Austin and/or Vanessa will be the HoH, but it won’t matter which one because they’ve been working together since the beginning. This is absolutely bad news for the guy who got out Austin’s early ally, but also bad news for other guys in the house who are perceived as threats (like Jeff).

As it stands right now, John/James will be going up with John again throwing the BotB against Jeff/Meg.  The feeds will be going down any minute to do the ceremony, so we will have confirmation as soon as they return and update this thread!