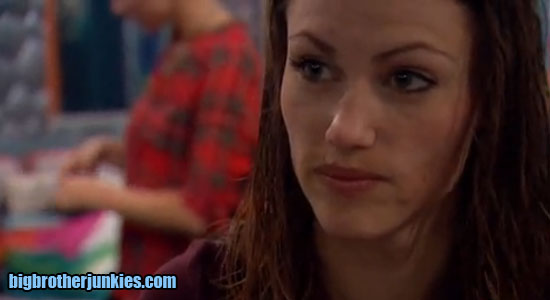 Big Brother 17 – The Weird Logic Of This Season 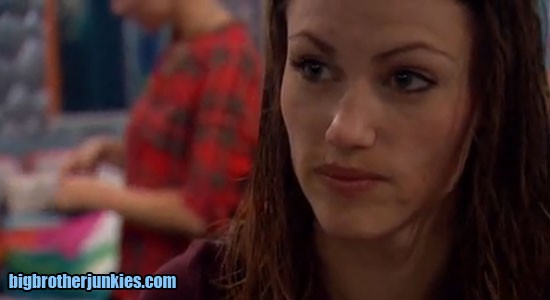 As I noted yesterday, I won’t be doing a live update thread today or tomorrow. I will be away from the house (family thing), but I will be able to check in at night to see if anything happened and recap each day.

Yesterday was an extremely slow day inside the Big Brother house. It felt like the feeds were down for most of the day, and when they were up, people were sitting around waiting for the veto competition.

Last night, the house played the ‘OTEV’ veto competition, which typically runs in the evening for some reason (heat?). That means there was plenty of sleeping, and talking about nothing leading up to the competition which really didn’t matter except for two of the people competing.. Becky and John. There was about a 95% chance the veto would not have been used this week had anyone else in the house won it, so it was all about those on the block… and they failed.

Liz ended up winning the veto, giving her complete control over what happens this week.  She can remove one of her nominations and put up a real target (*cough* Vanessa), or leave things the way they are. Early indications are that she’ll be choosing the latter, despite nearly everyone in the house agreeing how big of a target Vanessa is.  For some reason, Liz doesn’t want to be the one to take out Vanessa, which means she’ll move one step closer to winning the season.

I don’t mean to sound like I’m against Vanessa. I’m not. While she may be extremely annoying to listen to on the feeds (she talks a LOT), she is actually a good player and will deserve it should she end up winning the season. The shocking thing is just how obvious it is that she’s running the house, yet Becky was the only one who had the courage to take a shot at her – and now she’s going to be heading to jury this week.

I understand it’s a delicate game at this point because pissing off jury members helps ruin your chance at winning it all (see: Dan in BB14), but when someone has no real tight alliances, yet is physical and smart enough to win HoH, and more than willing to do your dirty work of booting Vanessa… why would you get rid of her? Perhaps someone can clear it up for me in the comments, but this move really makes little sense. Does Liz thing Meg is going to bust out a competition win and then go cutthroat on Vanessa? Steve?  He didn’t during the double eviction week. James? Well, he is a possibility, but he’s also so easily manipulated, I wouldn’t be shocked to see Vanessa convince him to self-evict instead of putting her up.

Not much should be going on today, but I will try to give a recap sometime later tonight.  Watch the feeds here while I’m away!