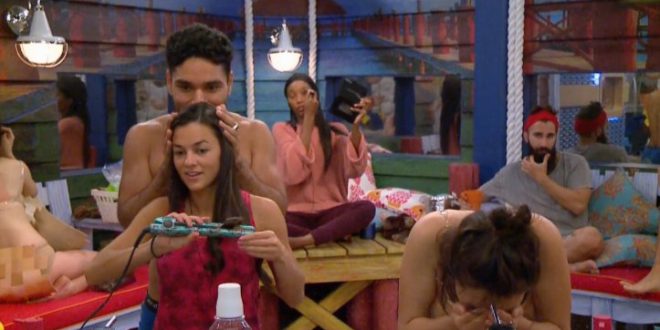 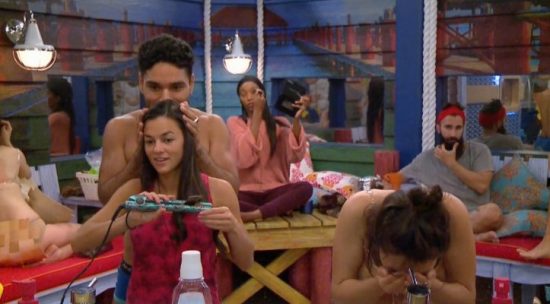 There is the PoV competition, so the house is all up and getting ready for the day already. I do want to make a quick note – Michelle’s pixelated bathing suit does look naked from this shot, but that’s about all that’s going on in the house right now.

As I mentioned in my morning thread, there was a new twist added where a third person was nominated. To find more information about that, read here

Time to jump into the feed updates: