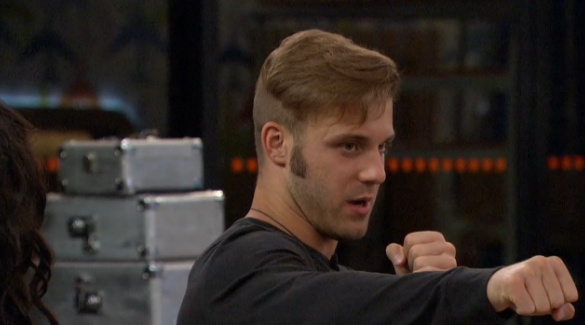 Nothing to see here...just knocking out all my competition.

Good morning! I am feeling much better today and should be able to finish out my last week posting the overnights for you! Although I am physically better, I am so sick of watching The Paulie Show! I really liked him in the beginning of the season but this power trip has brought out a side of him that I really can’t stand. It would be fun to watch Z turn around after this eviction and get him out, but that’s not going to happen.

Short night with not a lot of drama. Hopefully Paulie calls out Michelle soon like he plans so we can get some entertainment there! Check back later for afternoon updates!