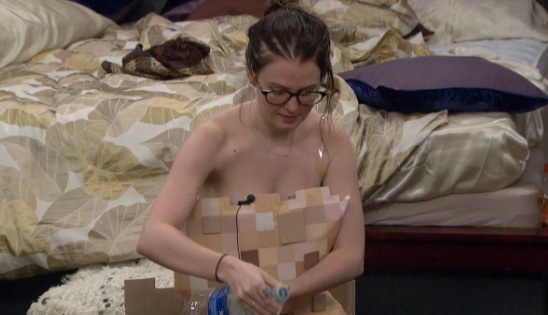 Hello everyone! Today is my first official post and I’m so excited to be working with Steve and Melinda! I will continue to post these morning recaps for you as long as my availability allows. Unfortunately I have some prior obligations starting in mid August that will make it difficult to continue posting but I’m yours for the next couple of months! Now let’s jump into last night and see if anything interesting happened!

The night seems to be about over for the BB18 crew. I really hope once Jozea leaves, the drama will pick up with his side realizing they are not as safe as they thought. Stay tuned for some daytime updates from Steve!