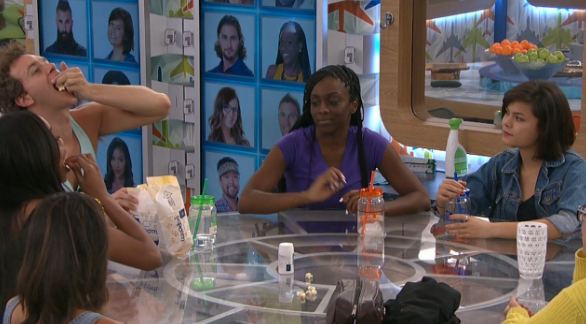 Good morning everyone and happy July! My cats woke me up super early today. So early in fact that some house guests are still awake! Let’s check in and see how they are dealing with Jozea’s eviction and our new HOH:

Stick around for nominations! Should be happening today or tomorrow!