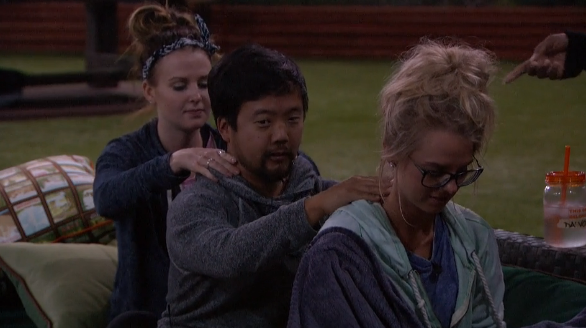 Good morning everyone! Sounds like the plans for tomorrow night’s eviction might be changing. I still have a feeling Tiffany will go home but let’s check in on the house and see if they’ve decided anything overnight.

At this point I’m really not sure who will be leaving tomorrow. I still feel like it could be Tiffany but it does seem that things are starting to shift the other way. All I know is I’m excited to see Get Frank Out Take 2! Stay tuned for updates!

Previous Will Tiffany Catch On Before Thursday; Feed Updates
Next Will She Stay Or Will She Go? Feed Updates 7/13
Subscribe
Login
29 Comments
Newest
Oldest Most Voted
Inline Feedbacks
View all comments