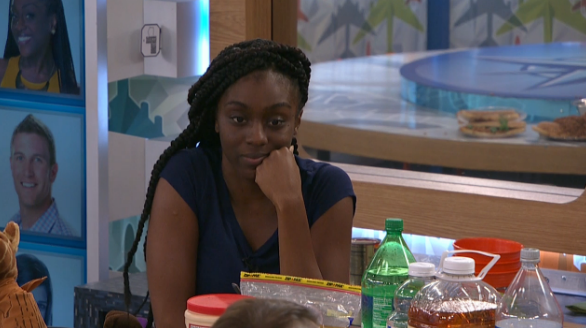 Good morning! Corey is hours away from being off the block to be replaced by Day (most likely). I’m surprised that everyone keeps saying that Tiffany is definitely going home. I would think they would want to take the opportunity to get Day out while they can. Also, Corey is a moron for considering not using the veto (among many other reasons). I’m sorry…if you have the veto and you’re on the block and you don’t use it, you deserve to be evicted.

Looks like an unusually early night for the big brother house! Veto meeting will be today so stay tuned for updates!