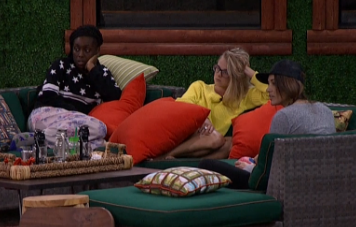 Good morning everyone! With everyone figuring out how much of a liar Day is could the tables be turning? The possibility of Tiffany securing her safety again seems to be increasing. It’s a shame because I really think Day started off playing a much better game this season but I guess she can only hide her true colors for so long.

Looks like I’m forced to end this post as the CBS website just crashed…I don’t think anything else interesting happened anyway. Check back later for updates!